Multan man slapped with fine for keeping lions at house 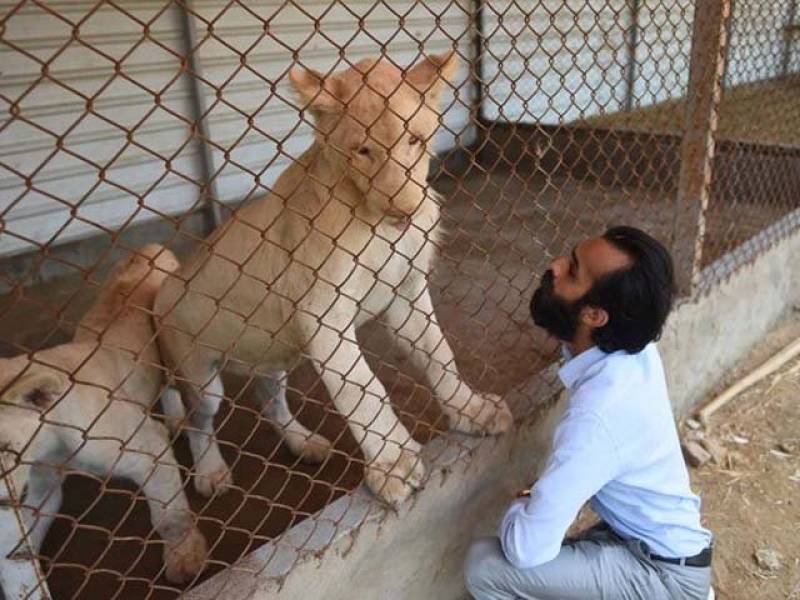 MULTAN – The Multan Wildlife Department on Monday has recovered four lions from a man and imposed a fine of Rs 500,000 for illegally keeping the wild animal at home as pets.

Earlier, the department had issued a notice to the owner named Danish who later challenged it in the Lahore High Court (LHC).

However, the high court's Multan Bench rejected his petition on Mar 11.  Later, the department imposed the fine on the violator as per the government schedule.

Moreover, the violator would also pay Rs.60,000 fine for breeding without license and another Rs.25,000 fine for the recovery of lions from his premises.

LAHORE – The Punjab Wildlife Department has started a search of the couple who used an allegedly ...