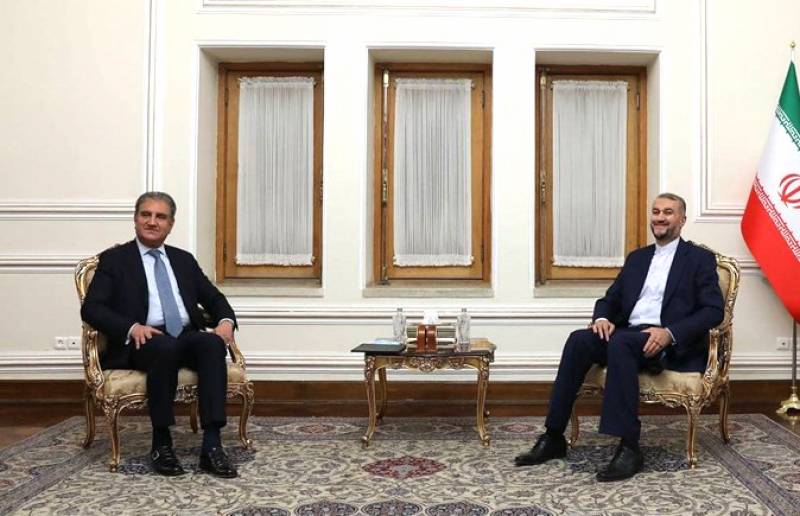 Reports in local media said the two sides discussed the Organization of Islamic Cooperation foreign ministers' meeting, the Palestinian issue, Yemen, Afghanistan, the Ukraine crisis other than some bilateral issues.

During the recent engagement, Qureshi invited Abdollahian to attend the OIC moot and the ceremony to celebrate the 70th anniversary of Pakistan's National Day.

The Iranian minister felicitated the Pakistani government and people on National Day and thanked Qureshi for his invitation.

Islamabad and Tehran also exchanged views on the normalisation of ties of Muslim countries with Tel Aviv as well as the resolution against Yemen.

Qureshi also emphasised the significance of the unity of Islamic countries and stressed that Pakistan will spare no effort in this direction and in support of Palestine.

Meanwhile, the 48th session of the Organization of Islamic Cooperation (OIC) Council of Foreign Ministers is set to be held on March 22-23 to discuss topics on Islamophobia, Afghanistan, Kashmir, and Palestine.