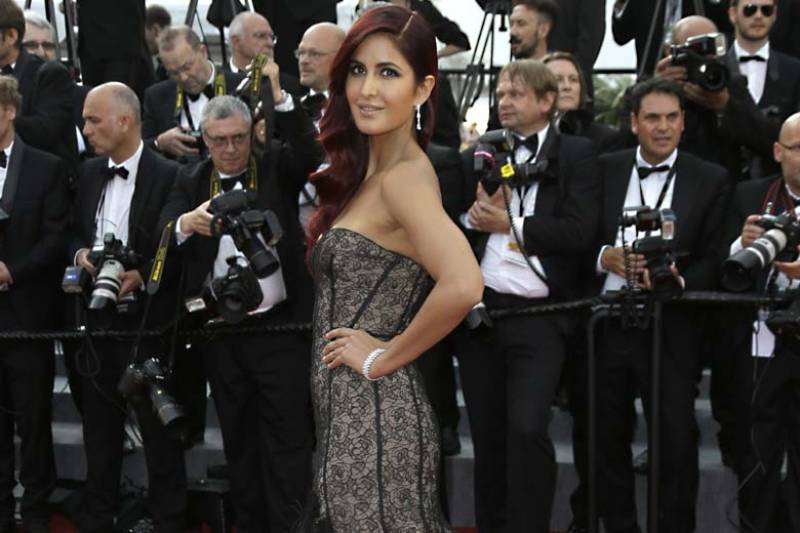 PARIS (Web Desk) - Where Bollywood star Katrina Kaif has already made a stunning debut at the Cannes Film Festival other Indian actresses including Mallika Sherawat also made their presence felt. The actress wore a yellow dress to attend at discussion at the festival. She shared also a tweet in this regard saying“At India Pavilion discussing co production with Shri Rajyavardhan Rathor @Ra_THORe and Colin burrows @FICCIFRAMES”. Sherawat went on to present India at the Mad Max Fury Road premier where she dressed a pink gown. It is Katrina Kaif's first time at the prestigious Cannes Film Festival and the actress has till now wowed with every appearance. After a stunning black number, Katrina opted for an impressive red gown with an eight inch high heel. Katrina was attending the Mad Max: Fury Road Premiere at the festival and the actress looked gorgeous in the Elie Saab gown. Film critic, Anupama Chopra had posted a few pictures with Katrina from the event. Katrina Kaif seems to be enjoying at the ongoing Cannes Film Festival. The actress is walking the red carpet at the prestigious festival as part of the brand that she endorses. Katrina's first appearance was in a stunning black evening gown. At the event, Kat was clicked with Hollywood actress Julianne Moore. The duo looked stunning as they posed for the shutterbugs. Moore recently received the best actress honour at the Academy Awards. Katrina Kaif is currently in France, attending the prestigious Cannes Film Festival. The actress made a stunning appearance on the red carpet, as she attended the opening ceremony and La Tete Haute (Standing Tall) premiere. Katrina was dressed in an Oscar De La Renta Fall 2015 black dress. While the actress impressed all with her debut at Cannes, her outfit reminds of what Aishwarya Rai Bachchan, a regular at Cannes, wore in 2013. Back then, Ash was wearing a black lacy gown, while Katrina too was wearing a similar looking lacy evening gown. An excited Katrina Kaif reached France to attend the prestigious Cannes International Film Festival, 2015. On her first day, the actress is reportedly present for the media interviews. For her first appearance at Cannes, Katrina Kaif has opted for a chic black and white dress. The actress' red hair complemented her glamorous avatar. Katrina Kaif will be representing a brand that she endorses at the Cannes Film Festival. It will be interesting see what Katrina Kaif has in store for the red carpet at the French Riviera.

The article originally appeared at Time of India.