'Vlogs are no longer the focus of my life', says Irfan Junejo 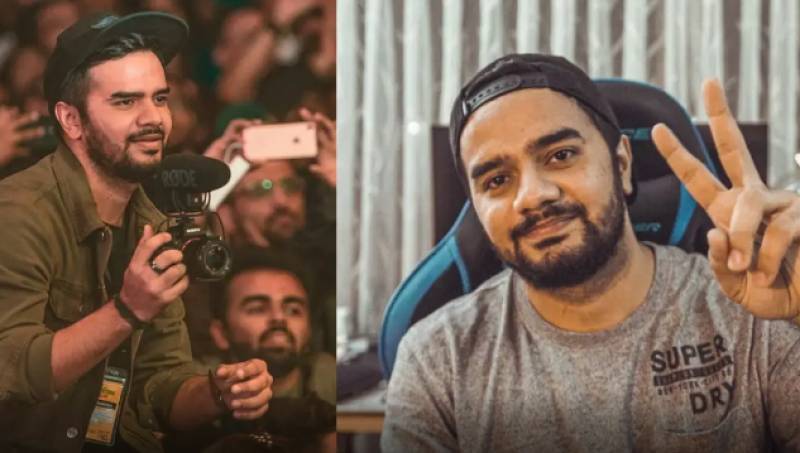 KARACHI - Irfan Junejo is calling it quits as a full-time Vlogger. However he wont be deleting his channel nor will he stop posting videos. In the latest video titled ‘I quit’, the vlogger revealed that from here on he will make videos on his terms and on his own time. Meaning to say that he will not be uploading with the same consistency as before.

Junejo goes onto discuss that the reason he started making vlogs in the first place was because he enjoyed watching them, adding that he never thought that through the medium he will be able to fulfill all his “wildest dreams”. “Ronaldhinio sey milnay sey lekar apni dream bike khareedna (From meeting Ronaldhinio to purchasing my dream bike” he says.

Junejo also listed the example of Arunag Kashyap and Will Smith both of whom turned down reasonable money in order to pursue higher goals, noting that the choice worked out well for them in the long run. At the same time, he notes that while the signs were there he wasn’t able to answer the question. ” I wanted a concrete answer. Why would anyone quit when they are considered the best in the business, When it comes to vlogging”, he said.

The final answer for him came when he stumbled across a letter by renowned 19th-century painter Vincent Van Gogh to his brother. In the letter, Van Gogh responds to the news of his first painting being sold. Junejo goes on to share the letter in which Van Gogh is basically questioning the importance of success and recognition for an artist.

Towards the end Junejo lets everyone know that he doesn’t like making Vlogs anymore. However, at the same time, he assures his audience that he will continue to make videos, some of which can be even Vlog in the future.

In the wake of this, fans and even some contemporaneous have expressed their concern for the YouTuber’s mental well being.  Actor Imran Ashraf took to social media and empathised with Junejo while at the same time gave him a pep talk on how he should keep ongoing.

(No brother. This is exactly what we shouldn’t do. I understand anxiety is really dangerous, but Allah is really merciful. Give it another try, you haven’t reached here easily.)

(We still have TV as a platform but people like you are an inspiration who without a TV channel have managed to gain recognition. For my sake give it another try and believe me that with grace of Allah you will succeed.)” the post read.