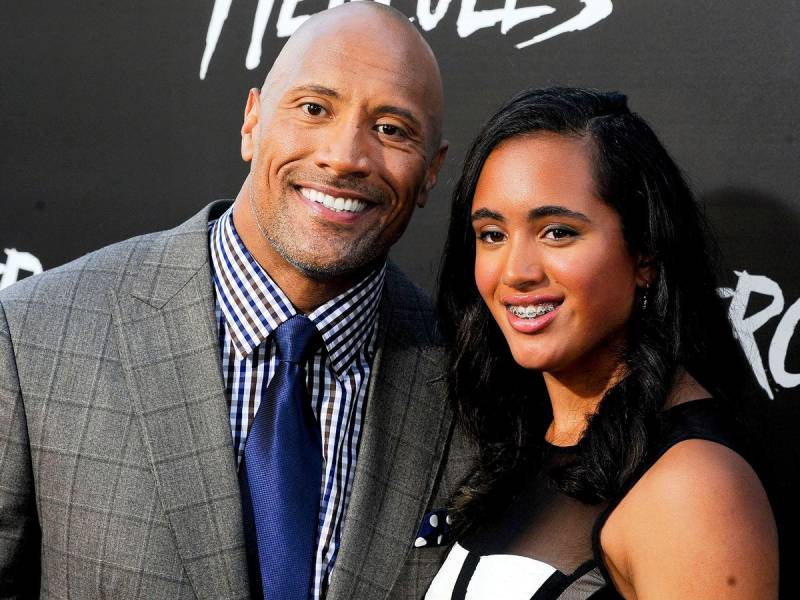 Dwayne Johnson's daughter is carrying on the family legacy.

On Tuesday, WWE announced that Johnson's 18-year-old daughter, Simone, has a contract with the company and has begun training at the WWE Performance Centre in Orlando, Florida.

"It means the world to me," Simone said in a statement. "To know that my family has such a personal connection to wrestling is really special to me and I feel grateful to have the opportunity, not only to wrestle but to carry on that legacy."

The father-daughter duo took to Instagram to share the exciting news. Captioning a photo of her in a WWE t-shirt, Simone wrote, "To the little girl who fell in love with wrestling & said 'this will be my life one day', this is for you. I'm humbled, grateful & ready to work. Let's do this. @wwe @wwenxt"

As for Johnson, he posted an adorable picture of him hugging his daughter, who he shares with his first wife, Dany Garcia.

"Dreams ain't just for dreamers," he captioned the post. "Congrats to my #1 born, Simone Johnson on officially signing her wrestling contract with @wwe @wwenxt and on her way to becoming the first-ever 4th generation WWE athlete. Carry our family name proudly, but your road will always be yours to create, earn & own. So proud. Live your dream. Let's work. #humblehungry #hardestworkersintheroom #4thgeneration."

Prior to becoming one of the world's biggest movie stars, The Rock competed in WWE from 1996 until 2004.

Overall, The Rock is a 10-time world champion, and he is perhaps the biggest crossover star to emerge from the pro wrestling business.