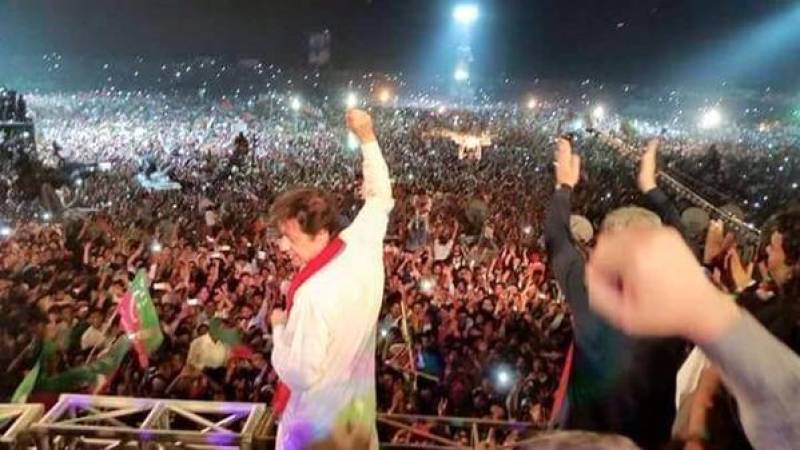 Addressing a public rally in Multan on Friday, Khan said, “Peace in the port city cannot be restored until appointments in police department be made on merit.”

PTI chief said that bringing peace in Karachi is not the job of Rangers but that of police.

Imran also alleged that political interference is also present in the Punjab police department, adding that without clearance from Raiwand, no police officer gets promotion.

He added that without recommendations from any influential person, recruitment is not made in the Punjab police.

“Handing over the security of metropolis to Rangers, the paramilitary security force, may help the situation in the short-term but won’t be effective in the long run,” Khan said.

Khan emphasized the police, which was at the forefront of an operation against the terrorists, was in the dire need of empowerment, impartiality, and meritocracy.

“We are not satisfied with the disbursement of funds by the center. We have decided to fund the districts directly on top of launching a finance award in the province, where PTI was in power,” Khan said.

On Pak-China Economic Corridor, Khan said the government was yet unclear over the project.

“They should first construct the shortest Gwadar-China route as it will go a long way in alleviating poverty,” he said, adding, “It will scale down the economic migration to the big cities.”

Khan insisted the crime rate in the terror-torn north-western province was the lowest in the whole Pakistan.

Earlier PTI head congratulated the party workers and leaders upon a successful rally in Multan despite hot weather.