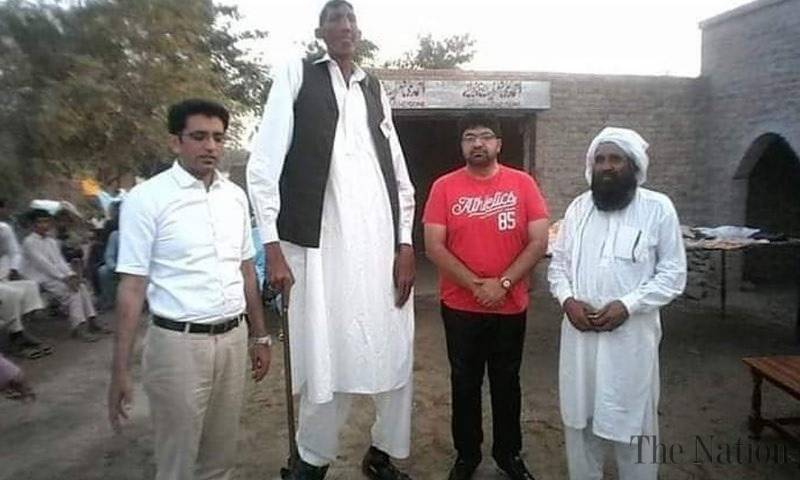 BHAKKAR – Muhammad Ijaz, the tallest man in Pakistan, has died in Punjab’s Bhakkar district at 42.

The deceased family said the man, who stood eight-foot two inches, died on Wednesday after suffering from a bone disorder for years. The funeral prayer will be offered at the native village tomorrow.

His brother, Abdul Hameed, told a media outlet that the funeral prayers will be offered in his native village, Thala Sarin. The district government had also fixed a monthly stipend for him as he was unable to earn a livelihood.

The hip bone of Ijaz was broken in an accident which makes his right leg shorter than the other one.

KARACHI – The Sindh government has announced that it will bear the expenses of treatment of Pakistan’s ...

Sindh Health Minister issued directives for his treatment at Agha Khan University Hospital, Karachi at the provincial government’s expense. In 2018, he was put on a ventilator at a private hospital due to some breathing issues.