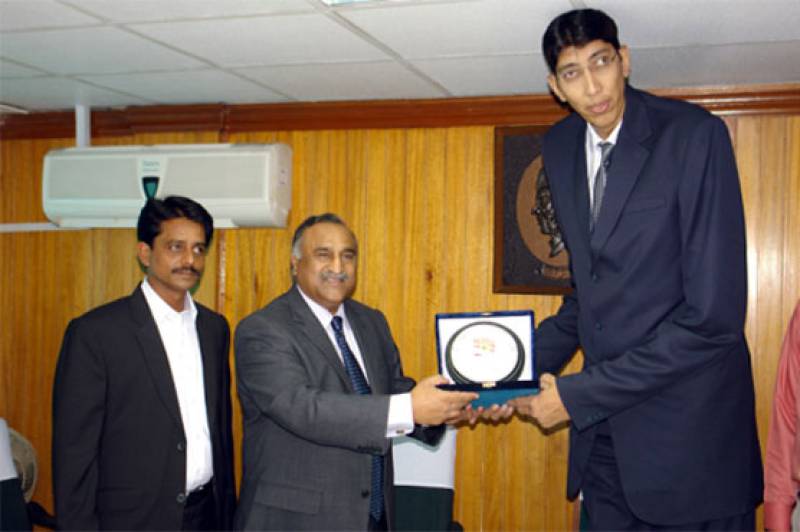 KARACHI – The Sindh government has announced that it will bear the expenses of treatment of Pakistan’s second tallest man Naseer Soomro.

Daily Pakistan had raised the issue of Naseer Soomro's poor health a few days ago.

The 51-year-old man, who hails from Shikarpur district, is suffering from chronic lung disease.

According to a notification issued by the health department, Aga Khan University Hospital, Karachi has been asked to provide treatment to Soomro.

In 2018, his health deteriorated and he was put on a ventilator at a private hospital due to some breathing issues. Back in 2019, rumours had surfaced about his death.

Earlier this month, the Sindh government had announced Rs40 million for the treatment of veteran comedian Umar Sharif.

KARACHI – Pakistan’s legendary comedian Actor is all set to travel to the US as the Sindh government has ...