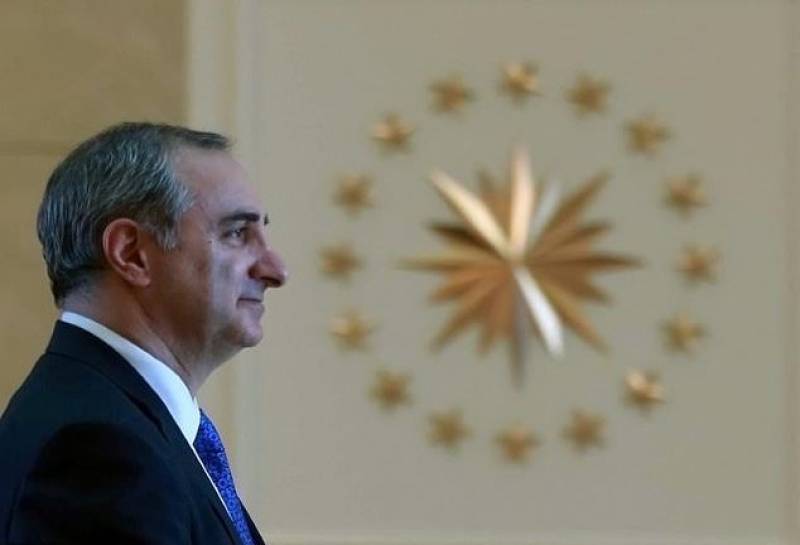 ISTANBUL - Turkey has told Israel's ambassador to Ankara to leave the country over the killing of dozens of Palestinian protesters by Israeli forces, according to media reports.

Eitan Naeh was summoned to the foreign ministry in Ankara on Tuesday and asked to leave over the deaths at the Gaza border, Haaretz reported. He was told to leave "for some time," a source told the international media. He has served in the position since October 2015.

It comes after Turkey recalled its own ambassadors in Israel and the United States "for consultations" over the violence on Monday. President Recep Tayyip Erdogan referred to the crackdown by Israeli forces as "genocide" and called Israel a "terrorist state" while reaffirming his country's commitment to standing in solidarity with the Palestinian people.

His statements prompted a response from Israeli Prime Minister Benjamin Netanyahu, who accused the Turkish president of being "among Hamas' biggest supporters...there is no doubt that he well understands terrorism and slaughter...I suggest that he not preach morality to us."

Ankara has been a vocal critic of the violence in Gaza and the Monday opening of the US Embassy in Jerusalem. It has called for a meeting of the Organisation of Islamic Cooperation to discuss such matters.

At least 62 people were killed in the Monday demonstrations at the Gaza border, according to the Palestinian Health Ministry. Most of the deaths were a result of Israeli sniper fire. Children were among the fatalities, including an eight-month-old baby who inhaled tear gas fired by Israeli forces.

ANKARA/ISLAMABAD - Turkey on Tuesday urged Islamic countries to review their ties with Israel and said it would call an ...