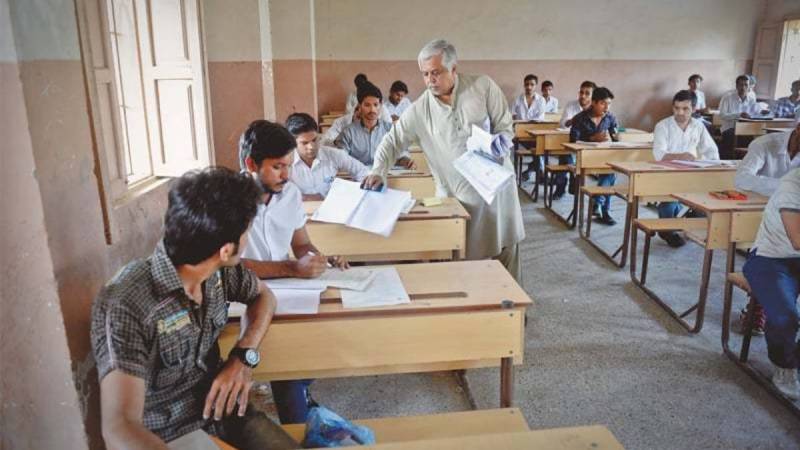 ISLAMABAD – Board of Intermediate and Secondary Education Rawalpindi has canceled Mathematics papers for the annual matriculation examination scheduled to be held on May 14 after papers were leaked out on the instant messaging app.

A spokesperson for the Rawalpindi board told local media outlets that the papers for mathematics (part I and II) were leaked a day prior to the exam at one of the examination centers.

Law enforcers have also held a teacher for interrogation, the spokesperson confirmed, adding that action will be taken against all individuals involved in the leaking of the examination paper.

The action comes after it was reported that mathematics papers were leaked at the Government High School in Tehsil Kahuta of Rawalpindi.

A notification issued by the secretary Higher Education Department cited “It is hereby notified that the papers of Mathematics (Both Groups) of Secondary School Certificate Annual Examinations, 2022 ( Part II/ Evening Session) held on 14.05.2022, conducted by the Board of Intermediate and Secondary Education, (BISE) Rawalpindi, which were leaked out through WhatsApp, are cancelled”.

It also added that the next date of papers will be announced in due course of time.

The event is not the first of its kind as the Sindh authorities last year failed to prevent the paper leak as question papers of several subjects got leaked on WhatsApp minutes before the commencement of the exam in the port city.