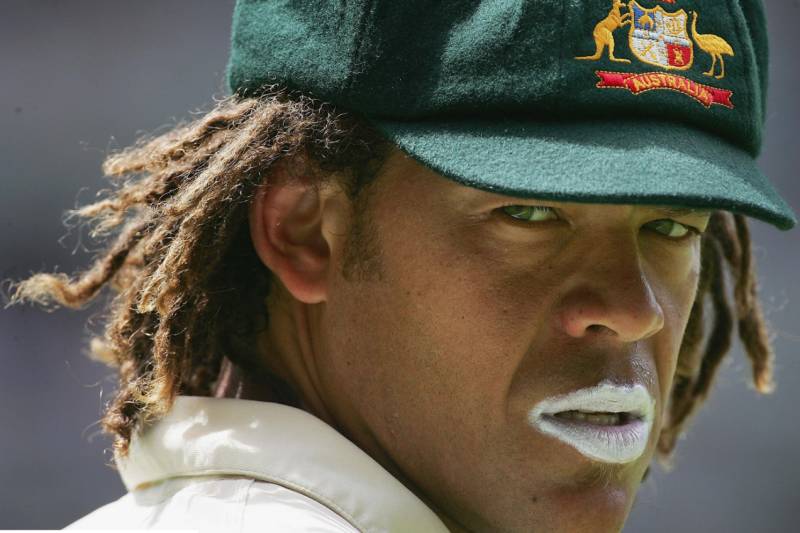 The cricket fraternity is in shock over sudden death of Australian player Andrew Symonds, who died in a car crash on Saturday night.

Australian police confirmed the death of the 46 years old, saying his car left the freeway and rolled.

Named one of the finest Australian batters, Symonds was part of the two 50-over World Cup wins and Ashes victory over England in 2006-07. The legendary cricketer featured in 26 Tests, 198 ODIs and 14 T20Is in an international career spanning 1998 to 2009.

His shocking demise is another significant loss for Australian cricket after the deaths of Rod Marsh and legendary leg-spinner Shane Warne earlier this year.

Cricketers paid tribute to Symonds on social media after his demise.

As we mourn the loss of former Australian all-rounder Andrew Symonds, we take a look back to his tremendous 143* against Pakistan at the 2003 World Cup.#RIPRoy pic.twitter.com/oyoH7idzkb

Tragic and very sad news. World is going to miss you Simo. A true character of of our beautiful game. Condolence to his family and friends. #RIPSymonds pic.twitter.com/PG1OdOt6IU

Very sad and shocking news of Andrew Symonds. Condolences to his friends and family. pic.twitter.com/BdBnXWKrwY

Devastated to hear about Andrew Symonds passing away in a car crash in Australia. We shared a great relationship on & off the field. Thoughts & prayers with the family. #AndrewSymonds pic.twitter.com/QMZMCwLdZs

Pained and heart broken at the passing of Andrew Symonds. A man of extraordinary talent, he was a real free spirit! RIP.

If Roy shook your hand you had his word, that’s the sort of bloke he was and that's why I always wanted him on my team. An extraordinary player and even better human being. Can’t believe he’s gone. Thoughts are with his family at this time. pic.twitter.com/7r7FiK1CzK

Can’t believe what I’ve just woken up to 😔
Thinking of his family, his teammates and everyone in the cricket community. We’ve lost another one of our hero’s #RIPRoy

Andrew Symond’s demise is shocking news for all of us to absorb. Not only was he a brilliant all-rounder, but also a live-wire on the field. I have fond memories of the time we spent together in Mumbai Indians.

May his soul rest in peace, condolences to his family & friends. pic.twitter.com/QnUTEZBbsD

Shocking and saddening to hear of Andrew Symonds passing. May his soul RIP and God give strength to his family in this difficult moment. 🙏🏻

We exchanged messages just hours ago... what’s really going on? Baffled and heartbroken! How could we lose another iconic figure in our sport so soon 💔 RIP Roy
Condolences to Andrew’s family and close friends.#unfair

So sad to hear the news this morning… great competitor who was so much fun off the field. RIP Symo !! 🙏🏻 pic.twitter.com/l6MxpMZwGD