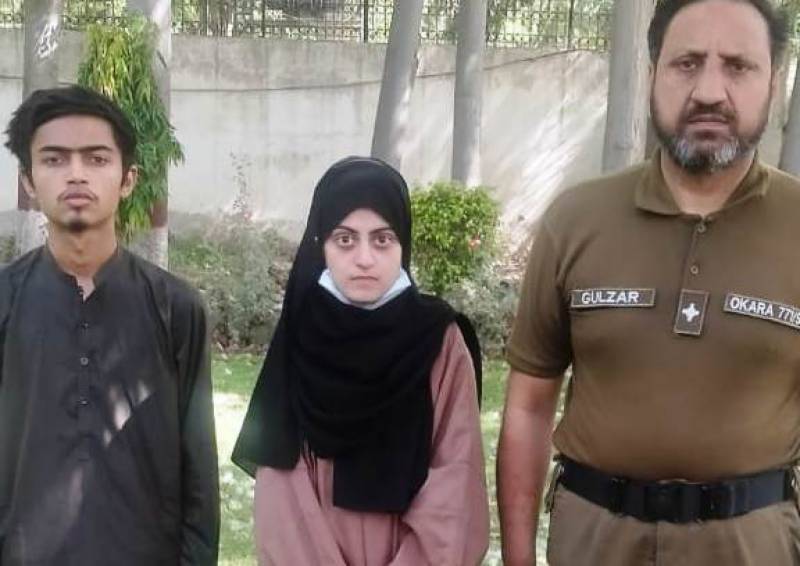 ISLAMABAD – Dua Zehra, the girl who went missing in Karachi and was found in Lahore a few days later with a change in her status from single to married, shared a video message on Sunday saying that her and her husband's lives were in danger.

Sitting next to her husband in the video, Dua said she had willingly left Karachi to marry Zaheer Ahmed and was living a happy and peaceful life at her in-laws'.

The teen girl maintained that Sindh and Punjab police were harassing them. She said Sindh police wanted to ‘abduct’ and shift her to Karachi where her life could be in danger.

Dua added that she tied the knot with Zaheer Ahmed out of her free will. If anything happens to her, her parents and police will be responsible, she warned. The distressed girl requested everyone to let them live in peace.

She said the law of the land allowed her to marry anyone and live in any place of her choice.

The teen girl revealed that she informed her parents about her decision through a letter, but her parents told lies regarding the matter from day one.

KARACHI – The Sindh High Court has summoned all respondents in the Dua Zehra case, as the father of the teen girl ...

Earlier, the Sindh High Court ordered the police to produce Dua in the court at the next hearing.