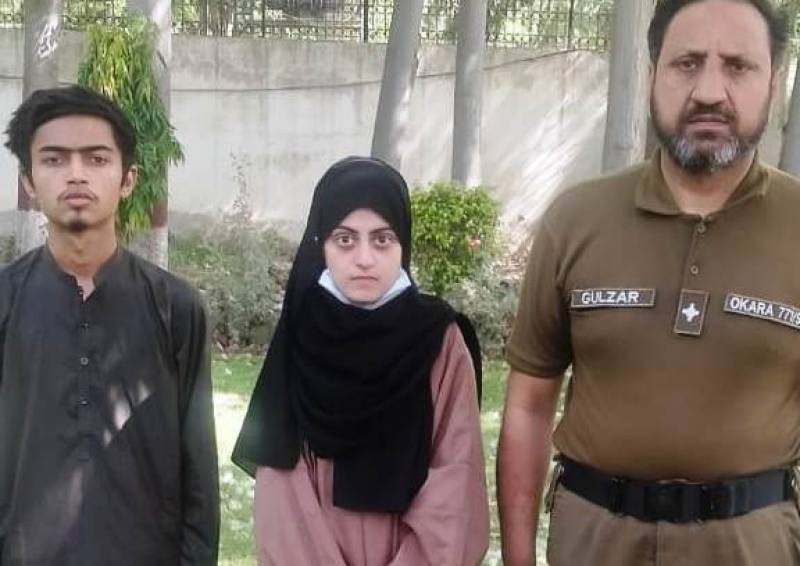 KARACHI – The Sindh High Court has summoned all respondents in the Dua Zehra case, as the father of the teen girl moved court for the recovery of his daughter.

Mehdi Ali Kazmi maintained that his daughter was ‘forcibly’ married, requesting the court to find out the facts. He prayed before the court to record Dua's statement.

In the petition, the father of the Karachi teen, who had gone missing from her home and later surfaced in Punjab, also asked the court to provide protection to the family. During the hearing today, Justice Kalhoro remarked that the girl has herself given a statement in court.

The teenage girl earlier revealed that she was not kidnapped and said she tied the knot of her own will. Dua also told officials that her life was in danger.

Earlier, police officials filed an interim challan in the court in which provisions for underage marriage abetment had been included whereby the husband of Karachi teen, Nikahkhwa and witnesses were declared absconders in the case.

Meanwhile, officials also add provisions of the Sindh Child Marriages Restraint Act in the case which restrict the marriage of any child under the age of eighteen years old.

Last month, a court in the Punjab capital allowed Dua to go wherever she wants as the police's appeal to shift her to Darul Aman was dismissed hours after she was recovered from Okara days after gone missing in Karachi.

LAHORE – A court in Punjab capital has allowed a teenage girl to go wherever she wants as the police's appeal to ...

The girl also submitted a petition against her father and cousin in the districts and sessions court. She has accused them of extending threats of dire consequences to her and her husband.