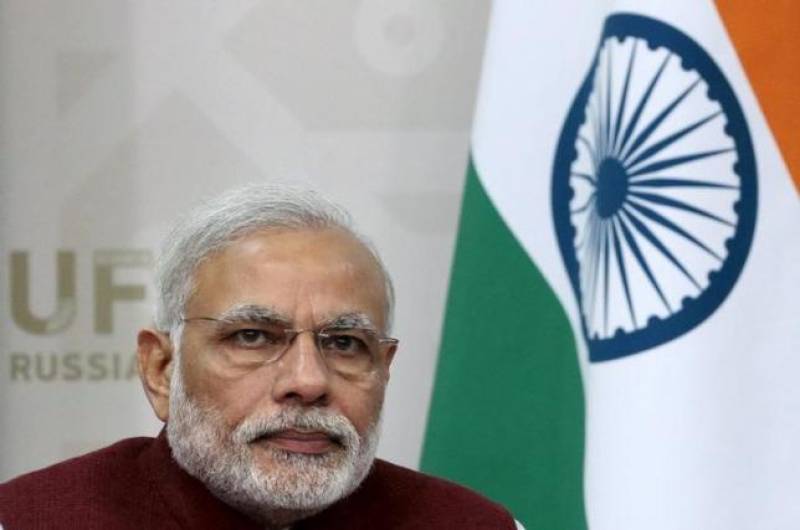 This time Google is found showing the photo of Prime Minister Narendra Modi if anyone searches for "India's first Prime Minister." Although the all other information given on search engine's page is correct but the presence of Modi's picture at a wrong place is enough to cause a buzz. 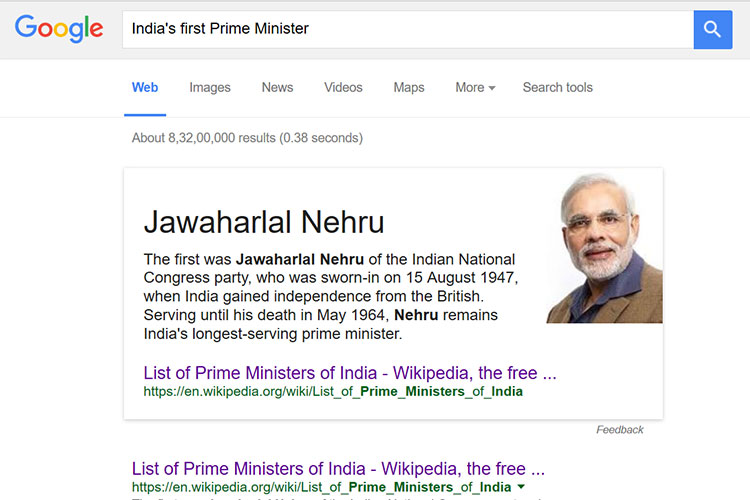 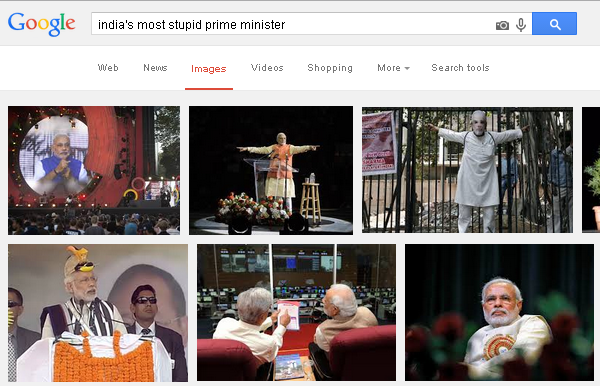 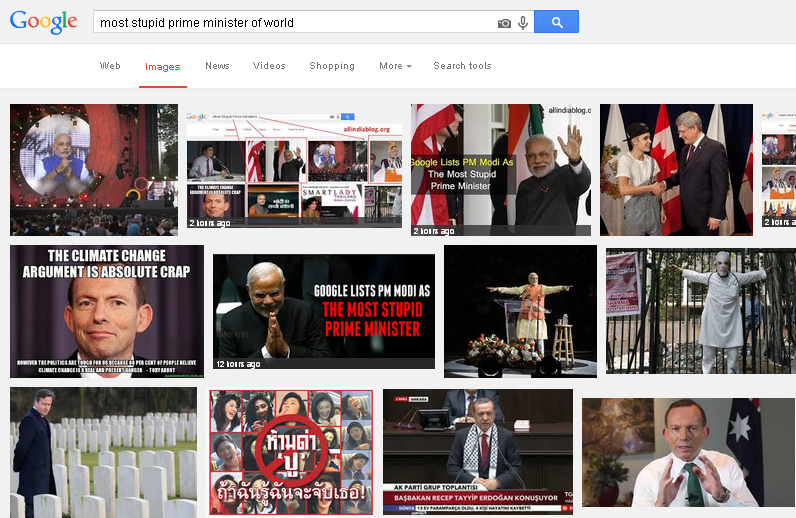 Previously Google had to apologize for "any confusion or misunderstanding" caused when Narendra Modi's images started appearing in image search results for query on "Top 10 criminals in India".