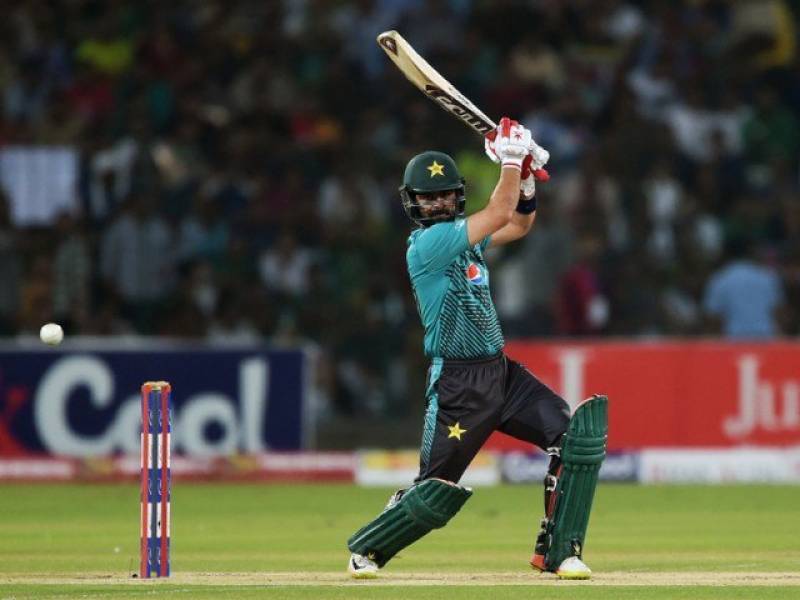 Shehzad contributed his vital 89 runs off 55 balls with three sixes and eight fours.

Pakistan got the early breakthrough as a low-pitched ball of Usman Khan Shinwari bold Tamim Iqbal. The Bangladeshi batsman managed to only score 14 off 10.

Chasing a daunting target of 184, the touring the side led by South Africa captain Faf du Plessis could score 150 for eight in the 20 overs to lose the match by 33 runs and also the series.

Earlier, World XI skipper Faf du Plessis won the toss and elected to bowl first against Pakistan in the third & final T20 being held at Gaddafi stadium here on Friday.

"Hopefully we wont be repeating the mistakes we made in the last game," said the skipper.

Pakistan has made only one change in the team, bringing in back pace bowler Hasan Ali in place of Sohail Khan while two changes have been made in the World Eleven team, Darren Sammy and George Bailey replacing Tim Paine and Paul Collingwood.

Both the skippers have expressed their resolve to win the series, which stands locked at 1-1 after Pakistan beat the World XI by 20 runs in the opener while the tourists won the second match by seven wickets.

The international level cricket remained suspended in Pakistan following an attack on Sri Lanka’s cricket team in 2009. Only Zimbabwe visited the country in 2015 for a short series, an effort to revive the cricket in Pakistan to amuse local cricket lovers.

In the first match of the Independence Cup series on September 12, Pakistan maintained its momentum as it showed in Champions Trophy 2017 by winning the match with a 20-run lead.

World XI captain Faf du Plessis said expressed resolve to seize the cup, adding that the team will play the final match with same mind set as it maintained in the second match.

“It is not going to be easy at all for us as Pakistan team has the added advantage of home ground and crowd and it has also the ability to fight back due to some good players in the side and we have to overcome all these challenges,” he added.

Stringent security measures have been planned for the final match at the Gaddafi Stadium Lahore as over 5000 troops would be deployed for security.

The final match will start at 7:00pm and PTV Sports channel will broadcast it. However, Lahore looks highly festive ahead of the match as the administration is decorating the routes with lights and posters carrying pictures of international players.