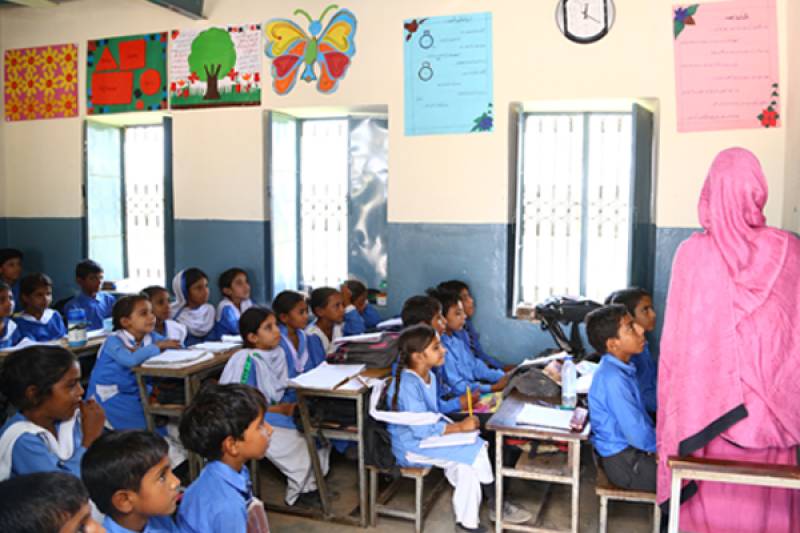 SAHIWAL - A public school headmistress in Sahiwal city of Punjab tortured a Class II student mercilessly for allegedly using her toilet in an emergency.

The incident happened at the Government Girls Middle School in village 2/10-L near Harappa city on Thursday noon.

According to reports, the victim Iram Shahzadi. a resident of village 2/10-L and on Thursday morning, she wanted to use a toilet but in urgency, she used the headmistress’s toilet as the other washrooms were non-functional.

When the six-year-old came out, the headmistress Farkhanda Batool saw her and started slapping her to the extent that she received 10 stitches to her private organs later.

A medic who treated the kid confirmed that the child’s private organs were wounded after she was admitted to the DHQ Hospital in a precarious condition.

The girl’s family claimed when they submitted an application for registration of a case, Harappa police not only allegedly refused to register it but also discouraged the girl’s father from moving against the headmistress, Dawn News reported.

According to witnesses, the headmistress pushed and shoved the girl, who hit a cement wall and stairs, following which bleeding started from her private parts. On seeing the blood, the headmistress took the girl to her room and locked the school’s main gate.

A witness said that later the headmistress took the victim to her cousin’s house in the village and attempted to stop the bleeding. When the girl’s parents got to know of the incident, they took their daughter to a private hospital where doctors examined her and gave her 10 stitches.

Shahzadi’s mother Sakeena Bibi detailed that the medical superintendent of DHQ teaching hospital conducted a medical examination of her daughter and confirmed critical injuries to her private parts.

She continued that instead of seeking an apology, the educationist was pressuring them against reporting the incident to the authorities.

'The headmistress’s relatives threatened us to be silent when we decided to move an application to Harappa police station," her husband, Riaz, claimed.

The parents demanded a departmental inquiry from the education chief executive officer and registration of a criminal case against the headmistress.

The accused headmistress did not comment on the allegations.

The incident occurred days after Chief Minister Punjab, Usman Buzdar directed the educationists across the province not to beat students and treat them with affection.