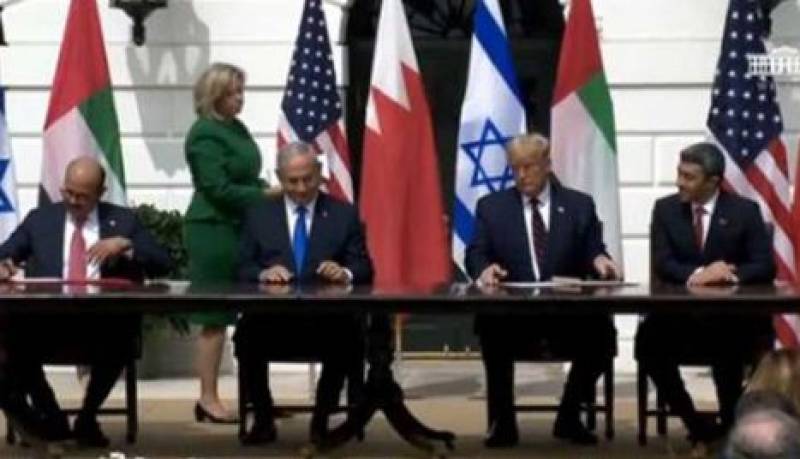 WASHINGTON - Two Arab countries – Kingdom of Bahrain and the United Arab Emirates (UAE) – on Tuesday formally signed deals with Israel to normalise ties without the resolution of decades-old Palestine issue.

The deals make them the third and fourth Arab states to develop ties with Israel after Egypt and Jordan.

The development came after Trump managed to bridge gaps between the Islamic countries and Jewish state earlier this month.

Bahrain had strike deal with Netanyahu on September 11 while a similar deal was made by the UAE in August.

Trump has called the development historic, revealing that five or six countries likely to sign deal with Israel.