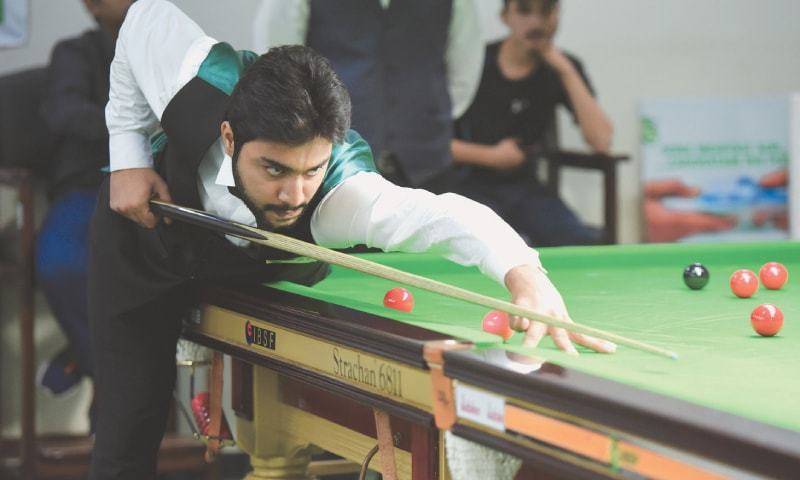 Reports in local media cited that Babar Masih, another Pakistani snooker player however, went down against Iranian player Siyavosh Mozayani.

Haris Tahir of Pakistan has qualified for the semi final of Asian Snooker Championship, beating Khalid Kamali of UAE 5-2 in quarter final. Semi final to be played later today. pic.twitter.com/8KU2pLUg3d

The 21-year-old completes sixth frame by taking two final colour balls and sails into in quarter final. He looked in best form against Qatari opponent as he played breaks of 93 and 75 in first two frames to take a lead of 2-0 by taking initial frames 93-08 and 75-27 however his opponent, Ali Alobaidli, retaliated in third frame playing a break of 78 to make it 2-1.

The Pakistani player extended his lead once again by taking the fourth frame 60-51 before going down in the fifth frame on tie-break black-ball after the frame ended with 60-all.

Meanwhile, the other Pakistani snooker player Babar Masih, who won the Asian Team Snooker Championship 2019, went down 2-4 against Iranian player after once leading the game 2-1.

He earlier kicked-off his campaign by beating Nepal’s Nirmal Bogati 4-0, convincingly. The Nepalese cueist couldn’t pocket a single ball in 2nd frame and was allowed to get only one red ball in 3rd frame of best of 7 game that Babar won without dropping any frame.