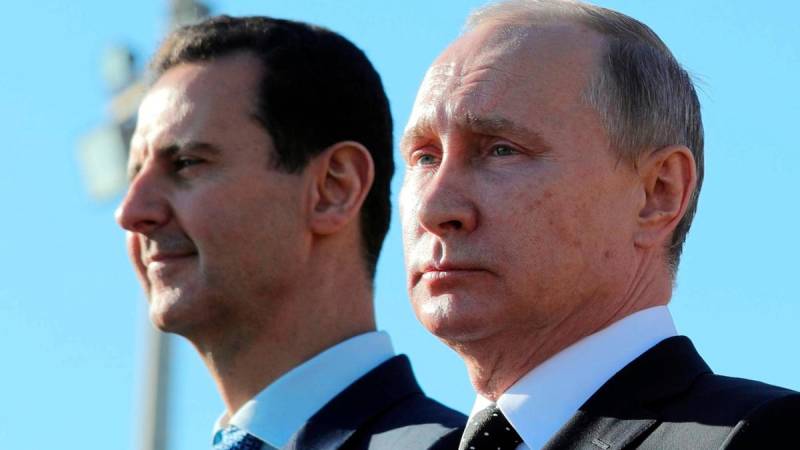 MOSCOW - Russian President Vlad­imir Putin has warned that further Western attacks on violence-battered Syria would bring chaos to world affairs, taking a hard line on the conflict that is now under the radar of international players.

The Russian president made his remarks in a telephone conversation with Iranian counterpart Hassan Rouhani on Sunday, following the attack on the Syrian capital, Damascus by United States, France and Britain, a day earlier.

A Kremlin statement said Putin and Rouhani agreed that the Western strikes had damaged the chances of achieving a political resolution in the crisis that is ensuing from last seven years and has killed at least half a million people.

“Vladimir Putin, in particular, stressed that if such actions committed in violation of the UN Charter continue, then it will inevitably lead to chaos in international relations,” the official statement said.

To a query whether Moscow was prepared to work with the proposals of Western countries at the United Nations, Ryabkov replied: We will work calmly, methodically and professionally, using all opportunities to remove the situation from its current extremely dangerous political peak.

It bears mentioning that in the first ever coordinated strike, USA, UK and France struck at the heart of Syria’s chemical weapons programme, in retaliation for an alleged poison gas attack a week ago.

All three players asserted the strikes were not aimed at ousting President Bashar al-Assad or intervening in the conflict and US Defense Secretary James Mattis confirmed that they had no additional attacks planned.

Speaking to the BBC, Britain’s Fore­ign Secretary (Minister) Boris Johnson said that Western powers had no plans for further missile strikes, though he hastened to add that they would assess their options if Assad regime used chemical weapons again.

On the other hand, Bashar al Assad told a group of visiting Russian lawmakers that the Western missile strikes were an act of aggression, according to Russian news agencies.