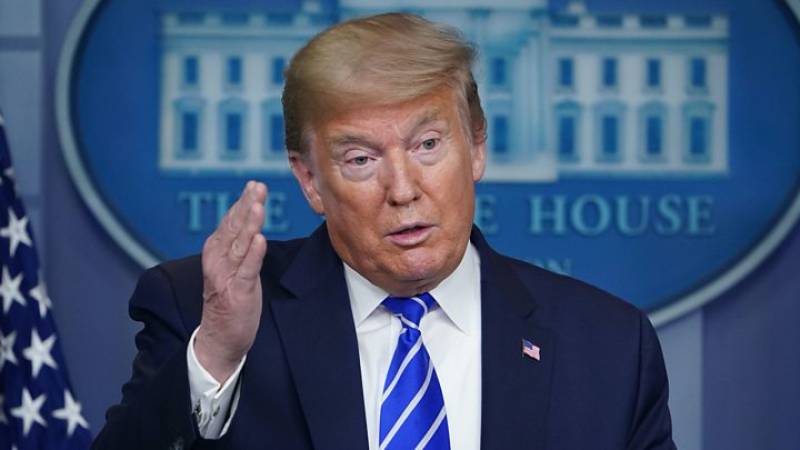 WASHINGTON – US President Donald Trump has offered to mediate standoff between China and India at Himalayan border.

In a tweet, he said United States is ready, willing and able to mediate or arbitrate their raging border dispute.

The move came after a similar offer was rejected in 2019 by Indian Prime Minister Narendra Modi, who said last July he never asked Trump to help mediate over Kashmir.

We have informed both India and China that the United States is ready, willing and able to mediate or arbitrate their now raging border dispute. Thank you!

The recent tension between the two countries started when Indian army began constructing a road and a bridge in an area of Ladakh, angering China.

Indian army was alarmed when it witnessed an increased movement of Chinese army in the area. Chinese planes, helicopters and heavy artillery started reaching the area.

Then Chinese army entered into Indian Occupied Ladakh at Galwan Valley and set up their presence after pushing Indian army out.

There are reports of Chinese army digging trenches inside four to five kilometers of Line of Actual Control, the Radio Pakistan reported.

Chinese army also arrested a number of Indian soldiers, who were released after apologies tendered by high command of Indian army.

The armies are currently on a high-alert at two locations along the Line of Actual Control — the 3,488 kilometer (2,167 mile) unmarked boundary between India and China. Additional troops have been rushed to the border by both sides. They are facing each other at the Galwan River, which was one of the early triggers of the 1962 India-China war, and at Pangong Tso —a glacial lake at 14,000 feet in the Tibetan plateau, portions of which are claimed by both.

On the other hand, India's border conflict with Nepal is also increasing. A map released by Nepalese Prime Minister has shown Kala Pani and Lampia Dhora as part of Nepal which are claimed by India.