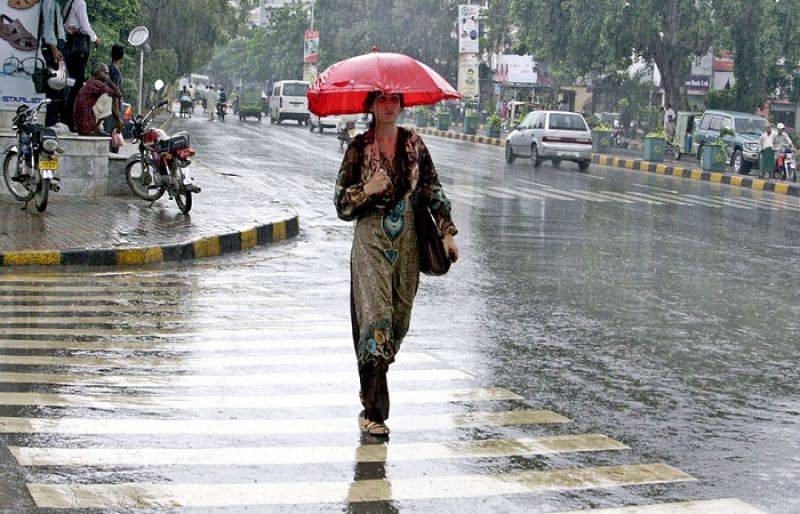 LAHORE -The weather across the country has turned pleasant, bringing the mercury down and providing much-needed relief to the heat stricken-citizens.

The weather took a pleasant turn early Monday as light showers brought down temperatures and humidity in many parts of the country, with Pakistan's biggest city Karachi continuing to battle the heat.

According to Pakistan Meteorological Department, the spell of rain that mainly started Sunday night will continue in different parts of the country for the next two to three days.

The westerly wave is affecting western parts of the country and is likely to persist over central & upper parts of Pakistan till Friday, said the PMD officials.

In Sindh capital Karachi, the  weather remained hot and dry with humidity level being recorded at 52 percent.

Met Office has predicted more rain at scattered places in Khyber-Pakhtunkhwa, Islamabad, Rawalpindi, Gujranwala, Sargodha divisions, Gilgit-Baltistan and Kashmir, while at isolated places in Zhob and Lahore divisions during the next 24 hours.