PTI petitions SC for review of judgment on TLP sit-in 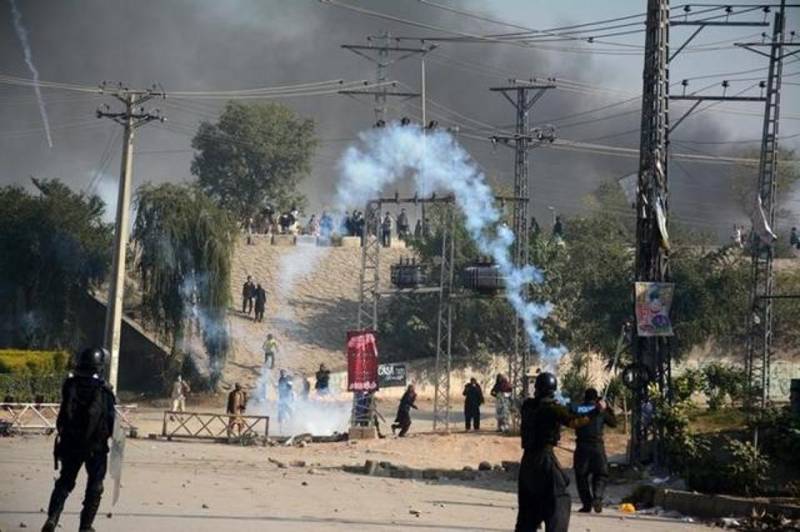 ISLAMABAD - The ruling Pakistan Tehreek-e-Insaf filed a petition in the Supreme Court on Tuesday seeking review of its February 6 judgment regarding the sit-in staged by Tehreek-i-Labbaik Pak­istan (TLP) at Raw­alpindi’s Faizabad area.

The party has contended in its plea that the judgment about the sit-ins staged in November 2017, 'suffers from defects' and needs to be reviewed to 'avoid injustice'.

In the petition, PTI has requested the apex court to expunge certain remarks pertaining to 2014 sit-in staged by the PTI and Pakistan Awami Tehreek (PAT) against the alleged rigging in 2013 elections.

PTI has stressed that the suo motu case heard by the top court related to the 2017 TLP sit-in instead of the PTI-PAT protest.

The party has highlighted that references were made to PTI-PAT dharna in paragraphs 17, 22, 23, 24 and 52 of the judgment.

"The impression gained from the aforesaid is that as if the petitioner conducted an illegal protest for publicity and deliberately made wrong allegations," states the petition.

The party has listed certain grounds to support its plea arguing that as the Faizabad sit-in has been concluded, the remarks mentioned about the party were unnecessary and liable to be expunged.

The party has argued that the sit-in staged in 2014 was for genuine reasons in accordance with the fundamental rights of the people of Pakistan.

PTI has argued that the protest was neither for publicity nor for any ulterior motives and had nothing to do with the TLP protest.

The Supreme Court of Pakistan had issued a written verdict on a suo motu case of the sit-in staged at Faizabad Interchange in 2017 by the Tehreek-e-Labbaik Pakistan (TLP), directing the government, law enforcers, intelligence agencies to operate within their mandate.

Justice Qazi Faez Isa announced the verdict and said, “It is tough to announce a decision of a suo motu case.”

The verdict published on the website read, “It would be apt to conclude this judgment by quoting Quaid-Azam Muhammad Ali Jinnah: I consider it my duty to call upon the Muslims to temper their resentment with reason and to beware of the dangers which may well overwhelm their own State. Should they allow their feelings of the moment to gain mastery over their actions. It is of utmost importance that Pakistan should be kept free from disorder because of the outbreak of lawlessness… is bound to shake… its foundation and cause irreparable damage to its future. I pray to God that He who has bestowed on us this great boon of a sovereign State may now give our people courage to… preserve intact the peace of Pakistan for the sake of Pakistan.”

The judgment further read, “Every citizen and political party has the right to assemble and protest provided such assembly and protest is peaceful and complies with the law imposing reasonable restrictions in the interest of public order. The right to assemble and protest is circumscribed only to the extent that it infringes on the fundamental rights of others, including their right to free movement and to hold and enjoy the property.”

The court asserted that “protesters who obstruct people’s right to use roads and damage or destroy property must be proceeded against in accordance with the law and held accountable”.