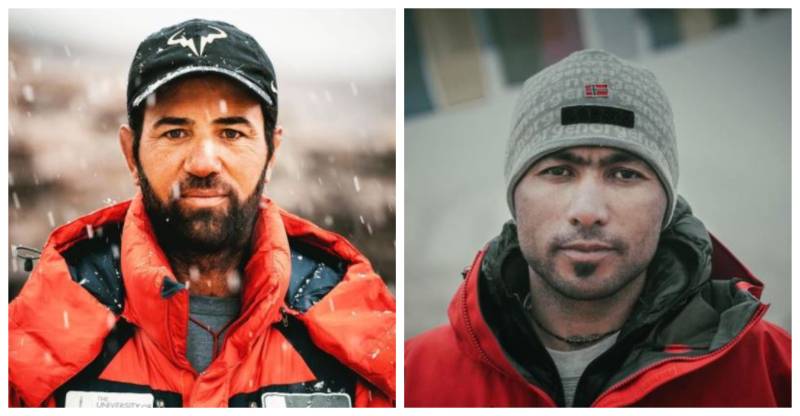 ISLAMABAD - Pakistani climber Sirbaz Khan and Muhammad Abdul Joshi added a feather to their cap on Friday when they scaled 8,091 meters Annapurna, the 10th highest peak in the world.

Both have become the first Pakistani climbers to summit the peak, which is one the deadliest, most fatal mountains of the world with sharp ridges.

Khan and Joshi were part of the 30-member team of international mountaineers, who summited the peak today.

Before leaving for Nepal in March this year, Sirbaz Khan and Abdul Joshi, who hails from Gilgit-Baltistan, had announced to dedicate the adventure to late Mohammad Ali Sadpara who lost his life on K2, world’s second highest peak, in February this year.

The team along with two supporting members Kamran Ali and Saad Munawar had departed from Islamabad to Kathmandu, requesting people for prayers.

Before launching the expedition, the team had started fundraising campaign for their adventure. According to the Alpine Club of Pakistan, Sirbaz Khan and Abdul Joshi also met Federal Minister for Inter-Provincial Coordination Dr Fehmida Mirza in Islamabad on Wednesday.

Mirza presented Pakistani flag to Sirbaz Khan to hoist it at the Annapurna peak after summiting it.

Speaking on the occasion, the minister highlighted that the PTI government was taking all possible measures to nurture Pakistani youth who could earn pride for the country.

PESHAWAR – The government of northwestern Khyber Pakhtunkhwa has inaugurated the first climbing wall named after ...