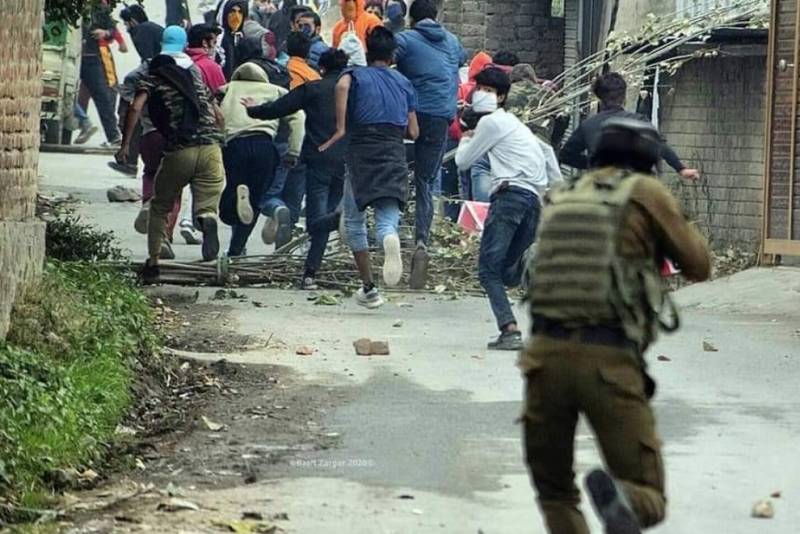 ISLAMABAD – Pakistan has strongly condemned the extra-judicial killing of another four Kashmiris by Indian occupation forces in the Shopian district of Indian Illegally Occupied Jammu and Kashmir (IIOJK).

The young Kashmiris were martyred during search staged cordon operations in the Himalayan region that has been a bone of contention between the two countries since partition.

The Foreign Office spokesperson said the pattern of ongoing atrocities in the caged valley, which has been intensified during the holy month of Ramadan, reflects India’s despicable policy of terrorising the population in a bid to perpetuate its systemic persecution of the Kashmiris.

It also mentioned that the valiant Kashmiri youth determinedly committed to their just cause and no amount of brutalities can dampen their unbreakable resolve.

MoFA spokesperson said Islamabad reiterated its call for investigation of extra-judicial killings in Indian Occupied Kashmir by the Commission of Inquiry as recommended by the Office of the United Nations High Commissioner for Human Rights (OHCHR) in its Kashmir reports of 2018 and 2019.

Meanwhile, Pakistan also called on the international community to play its due role for a just and peaceful resolution of the Jammu and Kashmir dispute in accordance with the relevant UNSC resolutions and the wishes of the Kashmiri people.

Youth of the picturesque valley remained a specific target of the Indian military force while local residents are living in a perpetual environment of terror, harassment, and intimidation.

The security forces continued their violent operations during the holy month of Ramadan while house raids were conducted and arrests were made in parts of the valley.

Nearly, 576 Kashmiris have been martyred by Indian forces since the actions of August 5, 2019, while total casuistries are said to be in thousands since residents remained vocal for unification with Pakistan.