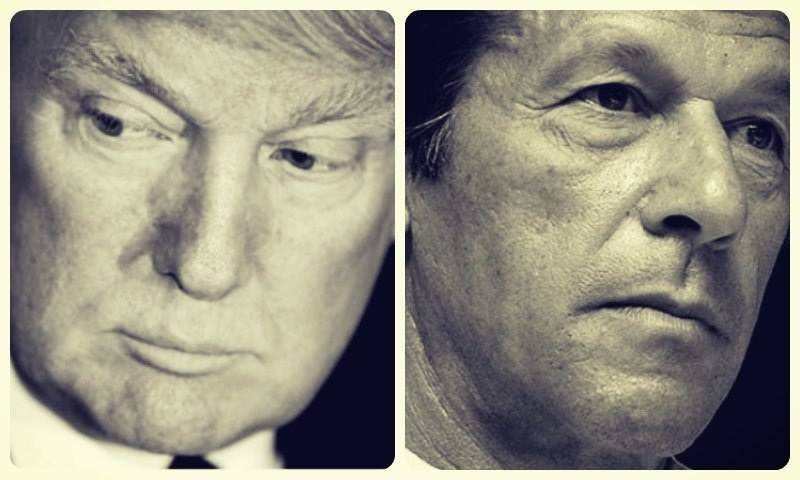 Comedy Central’s “The Daily Show” famed television host, who has never shied away from calling out world politics and the hypocrisy that it brings along, in a recent episode, called Khan an “even more tan version of Trump”. He drew the similarities between Trump and Khan by mentioning that both came from privileged families and are famous for their good looks. (Really Trevor? Is Trump good looking? Really?)

The comedian went on saying that the media also portrayed Khan and Trump similarly. To support his argument he played a clip from the show featuring a political commentator stating that Khan seemed to contradict himself during speeches just like the US president had also often been accused of. (What politician isn't accused of contradicting themselves?)

The 34-year-old host also drew parallels between the playboy status of both Trump and Khan and the fame they enjoyed before their debut in politics. He gave an example of Pizza ad done by Trump and Pepsi ad by Khan.

While Trevor may have said all this in a good humor, the internet has got no chill and twitteratis responded to these deduction skills of the comedian in a most hilarious way.

You guys I'm really sorry if I laughed at your shit af ImmiK and Trump analogies. I realise now how similar the two are.

They both read a newspaper.

So creepy, both drink water.

THIS IS SO CREEPY. pic.twitter.com/1UV5C7zJfE

Imran and Khan shake hands with other people. How uncanny.

AND THIS. THE HANDSHAKE. THE EVIL AF ENEMIES IN RED. pic.twitter.com/QCWyNIxqHc

Both are on Vanity Fair, they must be related.

WUT IS THIS SORCERY @VanityFair pic.twitter.com/tmzCVkdfk4

They are holding mics, do we need more proof about how similar these two leaders are?

IS IT JUST ME OR DO YOU SEE LAMPS IN THE BACKGROUND AS WELL? pic.twitter.com/BIagsNRaJk

As funny as we thought Trevor's satire was about colonialism, this recent episode was nothing more than a tired effort.