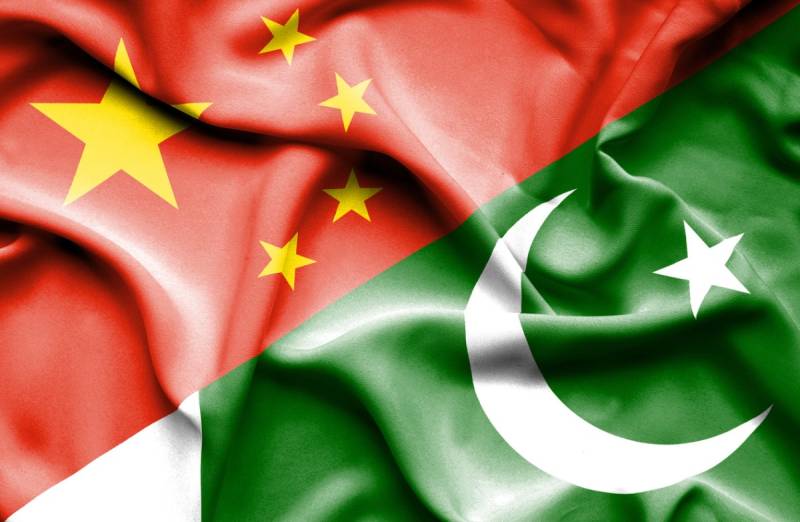 Annual Report for 2020-21 on Investment Security of China's Belt and Road Construction revealed that Pakistan's economic reforms have placed the country among the top 10 economies in the world, as far as a most business-friendly environment. According to a Chinese think tank, Pakistan's economic security has improved by 220 percent since 2010. This report speaks volumes regarding the improved security situation in the country and also tells that how economic reforms addressing the fundamental issues can turn the tables at a rapid pace.

This report is also relevant in light of Pakistan's and China's rapidly expanding bilateral trade. Annual trade between Pakistan and China reached $15.6 billion in 2019, up from $2.2 billion in 2005. By agreeing to trade in their own currencies in 2019, the two countries were able to get rid of the dollar burden.

Despite a somewhat open formal framework, Pakistan remains a difficult environment for investors, with FDI falling by 29% in the first half of FY 2021 compared to the same period in FY 2020. Lower FDI relative to regional competitors is due to an improving but unpredictable security situation, lengthy dispute resolution processes, weak intellectual property rights (IPR) enforcement, inconsistent taxation policies, and a lack of harmonisation of rules among Pakistan's regions.

According to the State Bank of Pakistan, the government wants to increase foreign direct investment to $7.4 billion by FY2023, up from $2.56 billion in FY2020. Furthermore, Phase I of the CPEC, which ended in late 2019, was primarily focused on infrastructure and energy generation. CPEC Phase II, which is currently underway, is shifting its focus away from infrastructure development and toward encouraging Pakistan's industrial growth through the establishment of special economic zones across the country.

The Chinese Think Tank’s report is nothing less than a breath of fresh air for Pakistani economy as the COVID pandemic, fiscal limits, and regulatory obstacles, including the government's reluctance to approve laws formalising the CPEC Authority (a centralised federal body charged with CPEC implementation across the country)., have all slowed development on Phase II

Pakistani economic experts are hopeful that Chinese Think Tank report will boost the confidence of Chinese investors and the CPEC’s Phase II will pick up pace, as phase II of CPEC primarily deals with the industrial growth in the country. While talking to China Economic Net, renowned economist Muzammil Aslam threw light on the significance of Chinese Think Tank report. He was of the view that improvement of macroeconomic indicators of Pakistani economy including improved trade and current account deficit numbers and better revenue collections have played a great part in improving the overall economic security of the country. Aslam insisted that the economic reforms have encouraged the CPEC related investments in Pakistan, as CPEC has the potential to revolutionize the economic outlook for the South Asian nation. He also

Foreign investors, however, continue to lobby for improved legal protections for foreign investments, the preservation of intellectual property rights, and the establishment of clear and consistent procedures for enforcing contractual obligations and resolving tax issues in Pakistan. Therefore the Pakistani Government needs to cater to the demands of foreign investors, specifically the investors related to CPEC.

As, the Belt and Road Initiative (BRI) has spread throughout Africa, Asia, Europe, and Latin America, providing an opportunity for BRI economies to learn from China's foreign policy, political, and economic initiatives, as well as to become a part of China's global vision for sustainable growth. The amount of China's investment in Pakistan for domestic development through CPEC projects has increased by US$ 62 billion, making it China's largest investment to ensure Pakistan's long-term development. Hence, Pakistan needs to work in a close relationship with Chinese Government to ensure smooth and speedy work on CPEC phase II.

The Belt and Road Initiative (BRI) is a key pillar of Chinese foreign policy, and it will serve as a platform for retaining possible strategic results from all BRI initiatives. Intellectuals from many BRI countries have stated that Pakistan is the ideal place to influence various BRI projects, but there are hurdles to be resolved, such as political concerns, connectivity structure, Pakistan's sovereignty concerns, and security issues, among others.

Despite the wonderful achievements of the Pakistani economy in recent years, still, a lot to be done in order to attract more CPEC and non-CPEC related foreign investment in the Country, as Pakistan has a semi-industrialized economy and is the world's 27th largest economy in terms of purchasing power. Periods of political instability, military administration, and conflicts with India, the country on the border, have shaped its history. Now it is time to counter decades-old problems.

A case study in the School of International Economics and Business, Yeungnam University, South Korea from research scholars Muhammad Khan, Hee Young Lee, and Jung Han Bae was conducted regarding the foreign direct investment in Pakistan. The study pointed out the factors to attract more investments which include Improvement of the business environment to simplify the process of investing and operating, Government support and development of education, Corruption elimination, Fair enforcement of regulation and laws, Funding of the infrastructure development, provision of high-quality Corporate Governance and adoption of emergent approach towards foreign investment strategy.