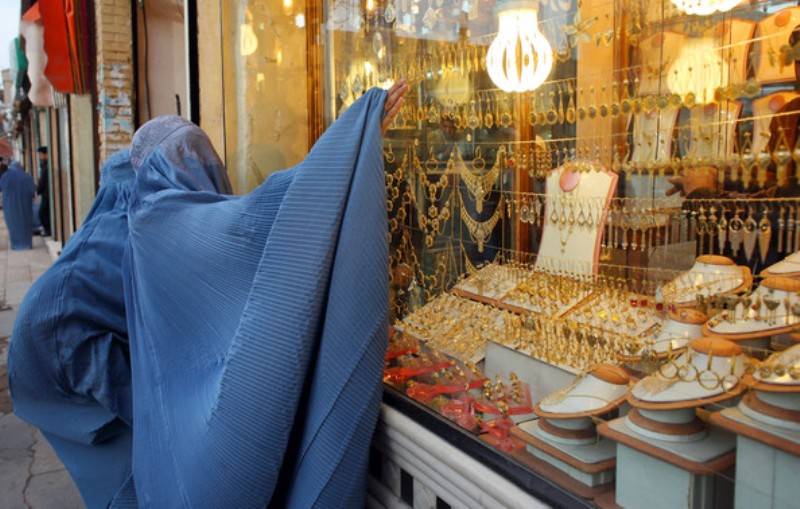 KHOST CITY – Authorities have decided to enforce trade in afghani in southeastern Khost province, in a bid to increase the circulation of local currency.

The move by Hakam Khan Habibi, the provincial governor, aims to counter the use of Kaldars (Pakistani rupees) in local markets.

Saturday saw young people rallying in the city of Khost to urge the people to buy and sell goods using the afghanis only.

Afghanis say they face lots of problems while trading in Pakistani rupee, especially when the dollar rate increases or decreases.

Talib Mangal, the governor’s spokesman, told Pajhwok Afghan News that a commission has been created to implement the plan to promote transactions in afghani instead of Pakistani rupee.

“Anyone violating the decision would be referred to judicial organs,” he warned.

However, civil society activists say the plan has failed to achieve the objective so far.

While Afghanistan shares a common religion, race, history, ethnicity and geography with Pakistan, bilateral relations have always been strained. Pak-Afghan trade volume, despite having a potential of $5 billion, has fallen from $2.5 billion to $1.4 billion lately.

However, despite these troubled ties, the Pakistani ports of Karachi and Gwadar are still the most economical routes for Afghan transit trade.

In May, Pakistan formally reopened the Ghulam Khan crossing point — a major trade route with its landlocked neighbor after nearly four years.

The route serves as the shortest one from Karachi to Kabul, reducing the total distance by more than 400 kilometres, as compared to Torkham.

Authorities had closed the remote Ghulam Khan border crossing in North Waziristan in 2014, after launching a major army-led counter-militancy offensive in the tribal belt, once condemned as “the breeding ground for international terrorism”.