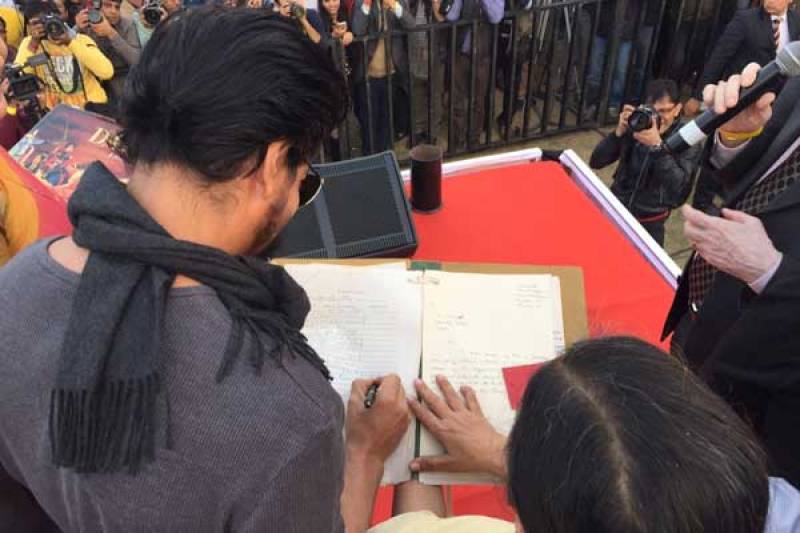 MUMBAI (Web Desk) - Shah Rukh Khan finished his schooling and even completed his graduation before he could launch in the path of attaining stupendous popularity, riches and unbelievable fan following.

Education was of equal importance to him as were his ambitions. His popularity grew so much that he has been conferred the doctorate.

But he didn’t even have his Bachelor’s Degree in writing. The actor received it today, 28 years after graduation!

Shah Rukh was at his college Hansraj to release the first and only song of Fan Jabra fan today.

Seeing this opportunity perhaps, the Principal of the college gave him the degree which he didn’t collect so many years ago. He was in the 1985-88 batch and did Bachelor of Arts in Economics! The picture shows how he is checking the sheet out.