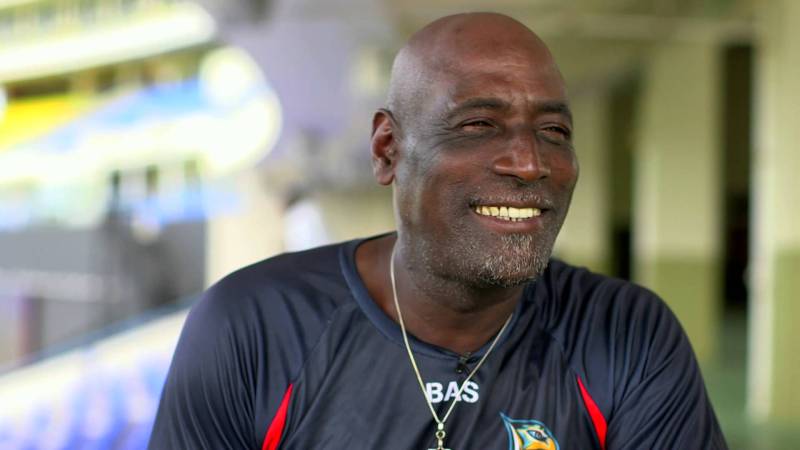 DUBAI (News Desk) - The legendary West Indian cricketer Sir Vivian Richards has expressed his interest towards coaching Pakistani cricket team if he would be offered any such role, although he also considers Waqar Younis a great coach.

In a brief talk with newsmen; Richards, who is currently mentoring Quetta Gladiators at Pakistan Super League (PSL); said that he has a lot to offer to the young cricketers and Pakistan has always been a great cricketing nation. It is awful to see that there has been no international cricket in Pakistan for several year but I hope things will improve after PSL, he added.

When asked if he would be interesting take over the coach position for Pakistan, he said that Waqar Younis was doing his job in an excellent way but still if there would be any such offer, he would definitely give a shot to it.

It may also be mentioned here that Waqar Younis, who played cricket for Pakistan as fast bowler, was appointed as Pakistan team coach in 2014 for a tenure of two years.

However the Pakistan Cricket Board (PCB) extended his contract for an indefinite period earlier this year. The announcement in this regard said that Waqar Younis would continue to work till ICC T20 World Cup 2016.