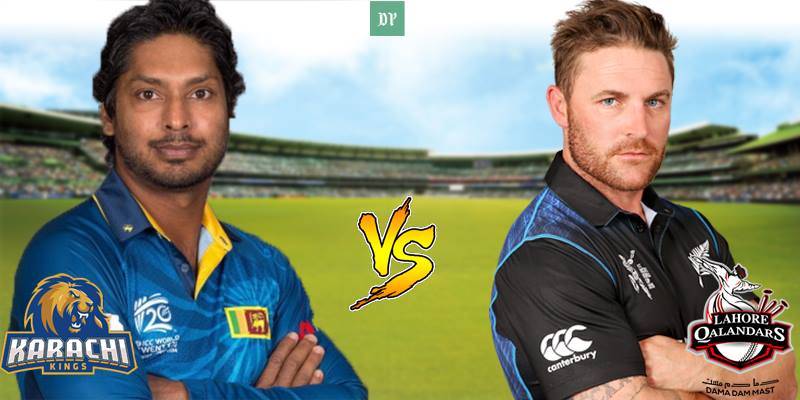 SHARJAH - Lahore Qalandars defeated quintessential rival Karachi Kings by 7 runs in the 8th match of the second edition of the Pakistan Super League (PSL) here on Thursday at the Sharjah Cricket Ground, Sharjah.

Chasing a massive target of 180 runs, Karachi Kings managed to score 172 runs for the loss of 8 wickets in all 20 overs.

Kumar Sangakkara of Kings managed to score 65 runs along with Shoaib Malik who bagged 39 runs however, they failed to clinch the target by mere 7 runs as the middle order did not get much support from other players.

On the other hand, Narine, Tanvir and Irfan sent two King's players to the pavilion making it easier for Lahore to bag the victory.

Kings won the toss and opt to bowl first as they thought it would be good to chase the target set by Lahore Qalandars.

However, Lahore Qalandars looked in great form and they started their innings with full confidence as Fakhar Zaman scored a half century, contributing 56 runs with Umar Akmal who managed to bag 25 runs.

Kings bowling attack did not yield much result and Muhammad Aamir and Sohail Khan took two wickets each.

Fakhar Zaman was declared 'Man of The Match'.

Qalandars have now won two matches and lost same; they lost to Quetta Gladiators by 8 runs in their first match, beat Islamabad United by 6 wickets in their second, and lost to Peshawar Zalmi by 3 wickets in a low-scoring thriller and outshined Kings today by 7 runs.

History was on Karachi Kings’ side. The two teams clashed twice in last year’s PSL, with the Kings winning the first encounter by 7 wickets and the second by 27 runs. 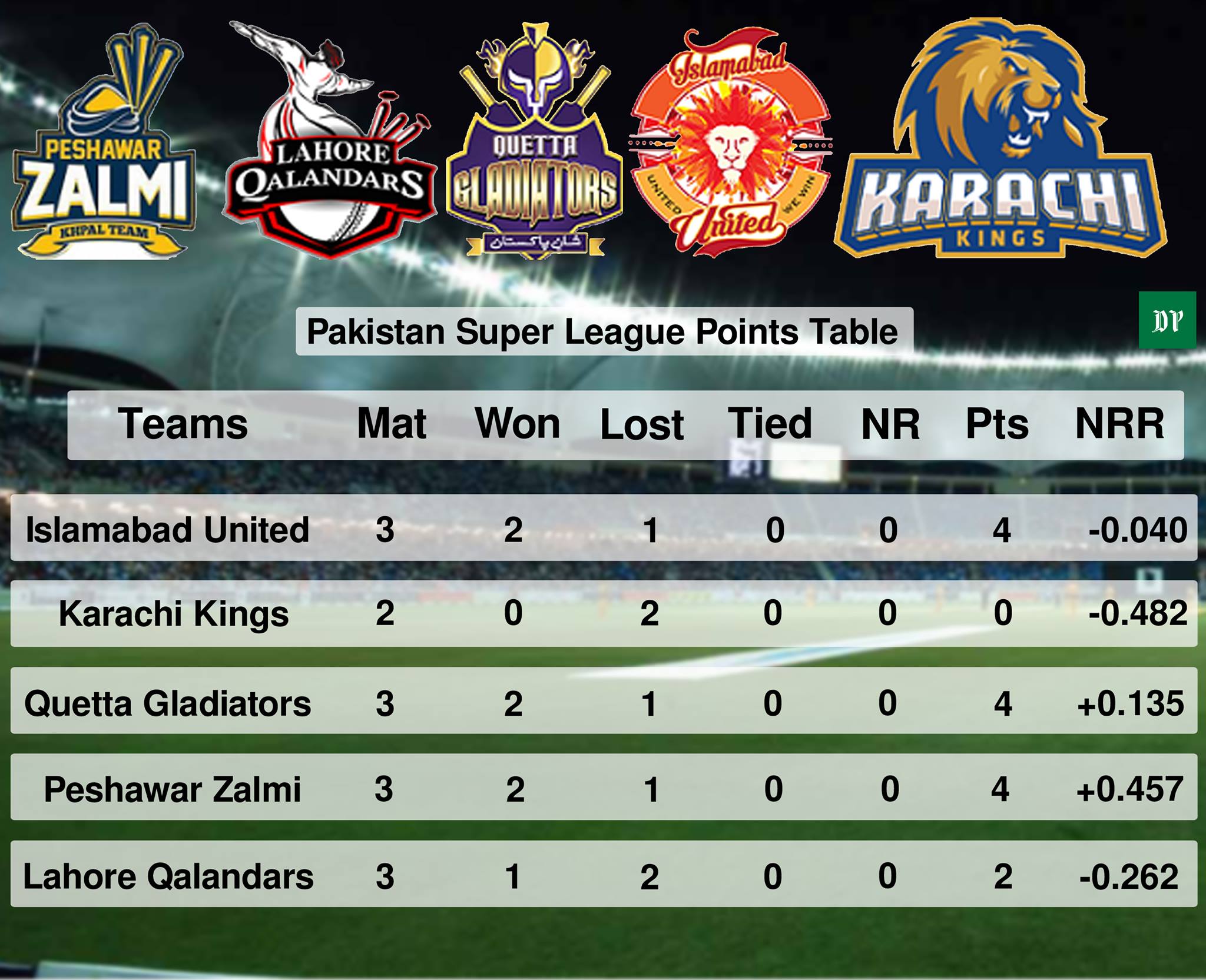