Young Pakistani talent to watch out at HBL PSL 2020 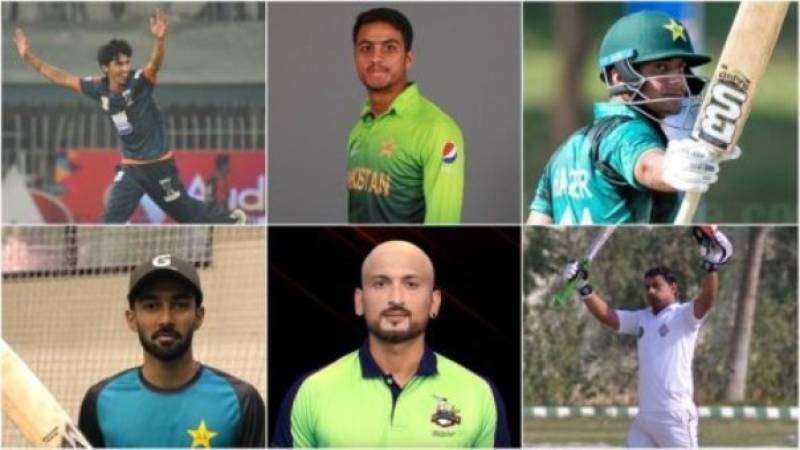 LAHORE - The HBL Pakistan Super League has historically been a major platform for Pakistan’s emerging players as the limelight, the attention and the huge number of fans and followers of the league provide the perfect breeding ground for players looking to make their presence felt.

From Hasan Ali, Shadab Khan, Fakhar Zaman to Shaheen Shah Afridi, Faheem Ashraf and Haris Rauf, the HBL PSL has catapulted careers of a number of players in the last four years.

Most of these players have gone onto establish themselves as international cricketers besides plying their trade in T20 leagues around the world.

The HBL PSL 2020 is set to throw more names in the ring as some exceptionally talented emerging and hitherto untested players have been drafted in the squads of each of the six franchises.

Here is a list including a player from each of the six franchises who can turn into a star by the time the Gaddafi Stadium, Lahore, holds the tournament final on 22 March.

While these players might not be in the Emerging category, they are yet to feature in the HBL PSL or have not been part of any team’s playing eleven. If played, they will be making their league debut this season.

T20 scene in only a handful of appearances.

Chosen to play for Balochistan, Akif proved his worth with his pacy deliveries and subtle change of pace that earned him nine wickets in seven matches as Balochistan surprised all by booking a place in the tournament final, where they were defeated by Northern.

In a short span of time Akif has earned the praise of bowling experts, Pakistan team management and former players.

The HBL PSL provides a perfect opportunity for Akif to make the cricketing world take notice of his talent.

He will be led by Shadab, who used the United’s platform to establish himself as a Pakistan star with-in no time after his inaugural 2017 season.

Akif’s induction may well prove to be another #DimaghSe move by United!

Kings have inducted the promising right-arm-fast-bowler Arshad Iqbal. The 19-year-old Swabi-born Arshad represented Pakistan U19 in the ICC U19 Cricket World Cup 2018 where he claimed six wickets in five

matches including a three wicket-haul against India in the semi-final.

Arshad has featured in one first-class, three List ‘A’ and seven T20 matches on the domestic circuit over the course of the last two years. He has collected a total of 19 wickets in these matches including 10 in T20s.

Arshad represented Khyber Pakhtunkhwa in the National T20 Second XI tournament held at the National Stadium Karachi last October; he took two wickets in as many games in the tournament.

The right-armer earned valuable experience of the conditions and would be aiming to utilise the same when he gets an opportunity to don the Kings colours at the NSK during the HBL PSL 2020.

This season may yet prove to be the breakthrough year for Arshad as the strongly built bowler has the potential in him to progress far in his career. The HBL PSL 2020 is a platform he will be aiming to make full use of.

Faisalabad-born 26-year-old fast-bowler Dilbar Hussain has made rapid progress after being discovered in the Lahore Qalandars Player Development Program two years ago. He was, subsequently, chosen for a tour of Australia with the Qalandars development squad.

Like Haris Rauf, Dilbar has gone on to represent Melbourne Stars in the Big Bash League in the 2019-20 season.

Dilbar, in fact, replaced Haris for a match (against Brisbane Heat) when the latter had to return home for national duty in the T20I series against Bangladesh in Lahore last month.

He went on to dismiss legendary T20 batsman AB de Villiers in a four-over spell during his maiden T20 appearance.

Dilbar has been included in the supplementary category by Qalandars for the 2019-20 season.

The tournament provides a big opportunity for the right-armer to make his presence felt in front of Pakistan crowds across the four venues and he would surely be aiming to emulate Haris’ example and progress to the national team by impressing at the HBL PSL 2020.

Okara-born left-handed opener Zeeshan Ashraf stole the show at the HBL PSL 2020 Draft when Multan Sultans drafted him in their squad using the Wild Card pick which bumped-up his category to Diamond from Silver.

The 27-year-old pretty much earned his jackpot following a series of breath-taking performances in the domestic season for Southern Punjab.

The southpaw had a phenomenal run in the National T20 Second XI tournament. He started the tournament by smashing a scintillating 127 not out. He scored a total of 395 runs in seven innings, which also included three fifties. Zeeshan averaged 65.83 with a staggering 174.77 strike rate.

Zeeshan hit 23 sixes and 34 fours in the tournament as the opposition bowlers bore the assault of his audacious stroke play throughout the tournament.

At the back-end of the first-class Quaid-e-Azam Trophy tournament 2019-20, Zeeshan scored centuries in back-to-back matches for Southern Punjab which enhanced his reputation.

Both Zeeshan and Sultans would be hoping that the left-hander maintains his prolific form for the franchise.

The opener can also keep wickets and his all-round skillset will lend further balance to his side.

A stellar HBL PSL 2020 for Zeeshan will certainly help the Sultans in their quest for silverware.

Hailed by commentator Ian Bishop as the next Babar Azam, Haider Ali is another rising batting star who

has made an impact at the junior and first-class level.

The Rawalpindi-born 19-year-old is an opening batsman with a wide array of shots. Haider has been a Pakistan U19 regular in recent years and featured in the ICC U19 Cricket World Cup 2020 where he scored a half-century in Pakistan’s semi-final loss to India.

Haider scored 134 for Northern in the first-class Quaid-e-Azam Trophy final against Central Punjab.

He has accumulated 645 runs in the format at 49.61 after making his debut in the last domestic season.

Haider is a supplementary pick for Zalmi for the HBL PSL 2020, the former winners have a power-packed top-order including Kamran Akmal and Englishman Tom Banton.

In their presence Haider might have to wait for an opportunity but once he dons the kit for his franchise he has the potential of setting the cricket fields alight across Pakistan.

The 19-year-old Karachi born left-arm-spinner Aarish Ali Khan had a rewarding U19 season which saw him earn a place in the Pakistan U19 squad for the recently concluded ICC U19 Cricket World Cup played in South Africa.

In the National U19 One-Day tournament this season, Aarish took the most wickets (15 wickets in six matches). He is a wily spinner who maintains a nagging line and length. Aarish can also bowl with the new ball; he bowled with control and penetration in the Ramazan T20 tournaments across Karachi last year.

The Gladiators are expected to use Aarish as an attacking option during the HBL PSL 2020. If the left-armer lives up to the promise he has shown in the last year, he can leave a big impression in front of home crowds.

The defending champions have a potential star in their rankings and the Gladiators fans are going to keep a close eye on the spinner.