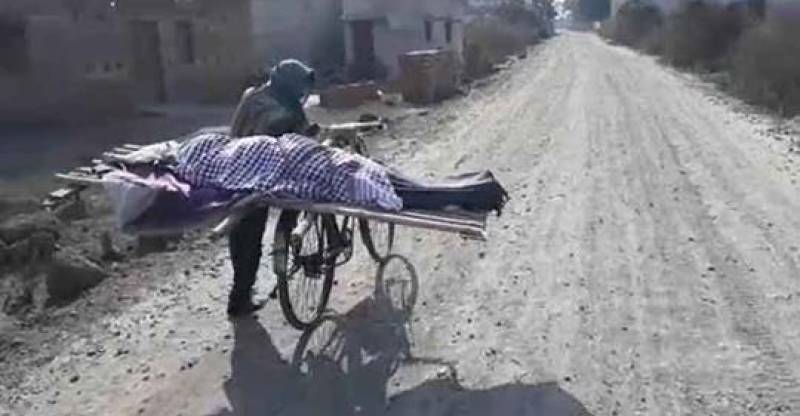 NEW DEHLI – At a time when India is going to have first bullet train very soon but on the other hand, the miseries of the poor cannot be eradicated in South Asia's most populated country.

Recently, a minor boy had to carry the body of his mother on a bicycle after villagers refused to assist him in the funeral in Jharsuguda city of Odisha State.

Such a shocking incident has been reported from Karpabahal village under Lakhanpur block of the district.

According to media reports, 45-year-old Janaki Sinhania died after falling down while she was fetching water. After the death of her husband, Janaki was staying with her son Saroj and daughter in Karpabahal village for the last 10 years.

Though Janaki’s son Saroj had asked some of his relatives and neighbours to help him conduct the last rites of his mother, no one came forward and refused to touch the body allegedly over caste differences.

With no other option, Saroj had to carry the body of his mother on a bicycle for nearly 3 to 4 km and conducted the burial himself.