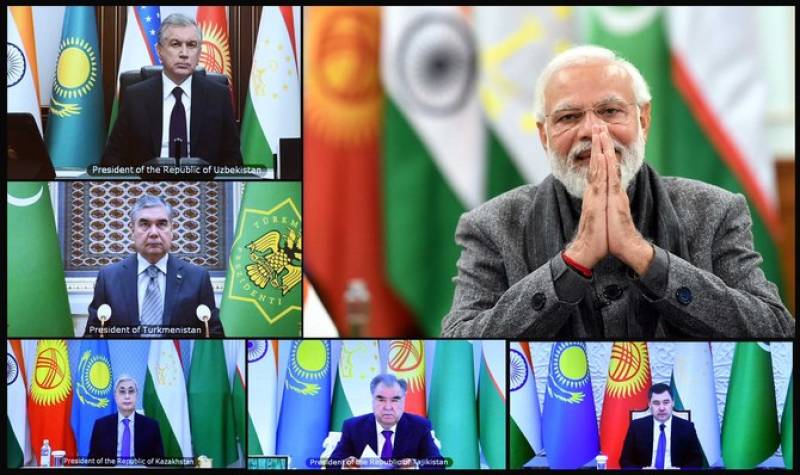 NEW DELHI – India Thursday held its first summit with five Central Asian states, with a key focus on developing the situation in Afghanistan and regional cooperation.

The virtual event, which was hosted by Prime Minister Narendra Modi, was attended by presidents of Kazakhstan, Kyrgyz Republic, Tajikistan, Turkmenistan, and Uzbekistan.

Modi termed the mutual cooperation between India and central Asia crucial for regional security and prosperity.

“I want to make it clear that Central Asia is central to India's vision of an integrated and stable neighbourhood,” he said.

“Today's meeting is to give an effective structure to our cooperation, which will pave the way for the establishment of a platform for regular interaction among all stakeholders,” the Hindustan Times quoted the Indian premier as saying.

This is the first engagement of its kind between India and the Central Asian countries at the level of leaders at a time when Delhi has been largely sidelined in Afghanistan’s matter.

GENEVA — In a bid to avert a humanitarian crisis in the country ravaged by decades of war, the UN on Tuesday ...