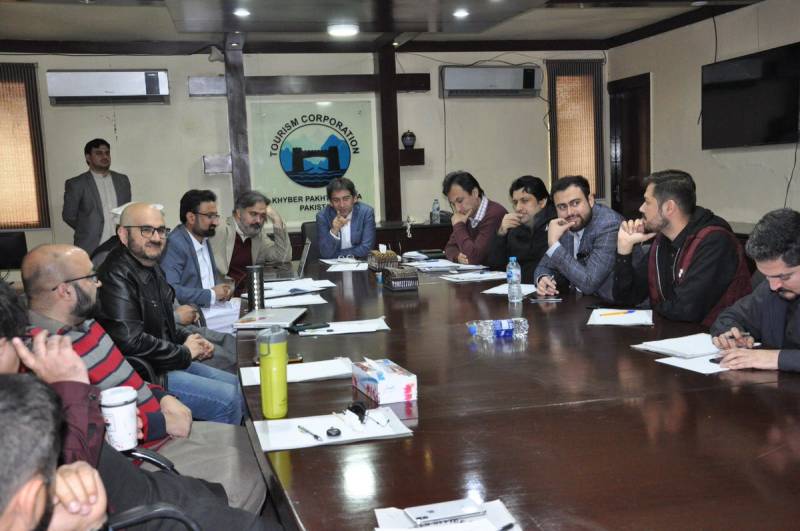 The minister also tweeted the development by the KP Tourism Corporation.

Female youth club approved for pesh,Rs 4 crore approved. It will include gym, cafe and other facilities only for females pic.twitter.com/4GvyTtkr9V

Women of the northern Pakistani province will enjoy an exclusive space with basic facilities such as gym, yoga, theatre, rooftop café, table and board games and virtual e-games facilities in addition to a children play area at the club.

Tuesday’s meeting also decided to introduce “Books on Vehicles” to promote the book reading habit among the youth. In a scheme, members of the meeting proposed that the Youth Affairs Department would acquire books from National Book Foundation to provide the students of schools and colleges with the literature.

However, the meeting to approve the club facility was criticized by many social media users as the pictures tweeted revealed lack of female representation in the meeting.

Another social media activist added: “And no woman [can be] seen in this picture [of those that] approved this decision”.

On the other hand, one user defended the ‘absent female representation’ by responding that “they were visiting the site when the photo was taken after their approval”.

At this, another twitterati, Nariman Bisma said that “suggestions were taken from all female members prior to approving the Female Youth club. [It is a] one of its kind initiative in Peshawar which should be appreciated”.

Youth clubs are usually run by local authorities and serve as a place where people utilise their leisure time and resources to develop their social and physical skills.