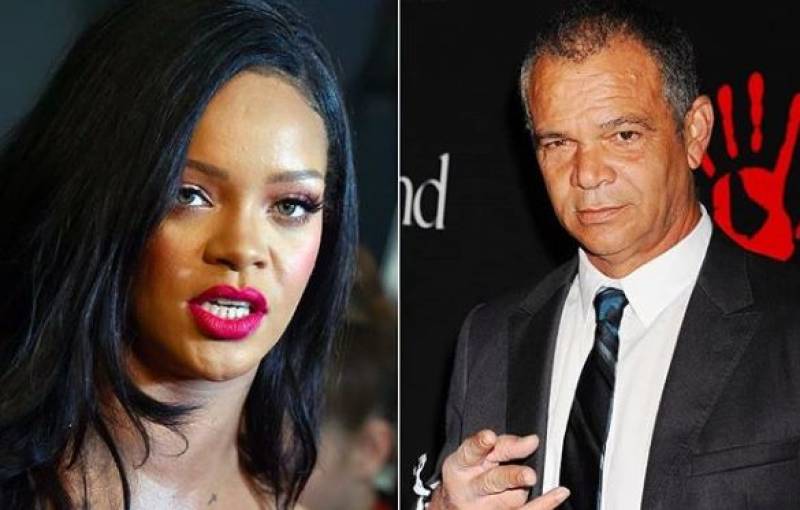 NEW YORK - American sensational pop star Rihanna has filed a lawsuit against her own father Ronald Fenty for using her brand name to launch a business.

According to the suit, Rihanna has sued her father and his business partner Moses Perkins for using the name of her brand under Fenty Entertainment to their benefit by wrongly suggesting it is associated with the singer, thereby making a profit out of it.

Rihanna shared with the media that she is the owner of the brand Fenty, worth millions of dollars, and that it is her trademark. She also said she’s been using it since 2012 for makeup products and a number of other brands, whereas, Fenty Entertainment started only in 2017 and has nothing to do with her.

The singer also shared in the documents that she provided that her father not only tried to fund his business venture but also tried to book 15 shows for her in America for a whopping 15 million dollars without her knowledge.

Rihanna has sought injunction upon her father for using her brand Fenty and has asked to compensate for damages. She also revealed that she had been writing letters to him requesting to stop using Fenty trademarks for business which he didn’t pay any heed to.

In fact, he once also tried to file a trademark of Fenty but remained unsuccessful, said Rihanna.

Ronald Fenty and his business partners had continued to misrepresent an affiliation with her. Fenty Entertainment could not be reached for comment on Tuesday (yesterday).

Have something to say? Share with us in the comments box below.