Till now, K2 was the only mountain higher than 8,000m not to be conquered in winters 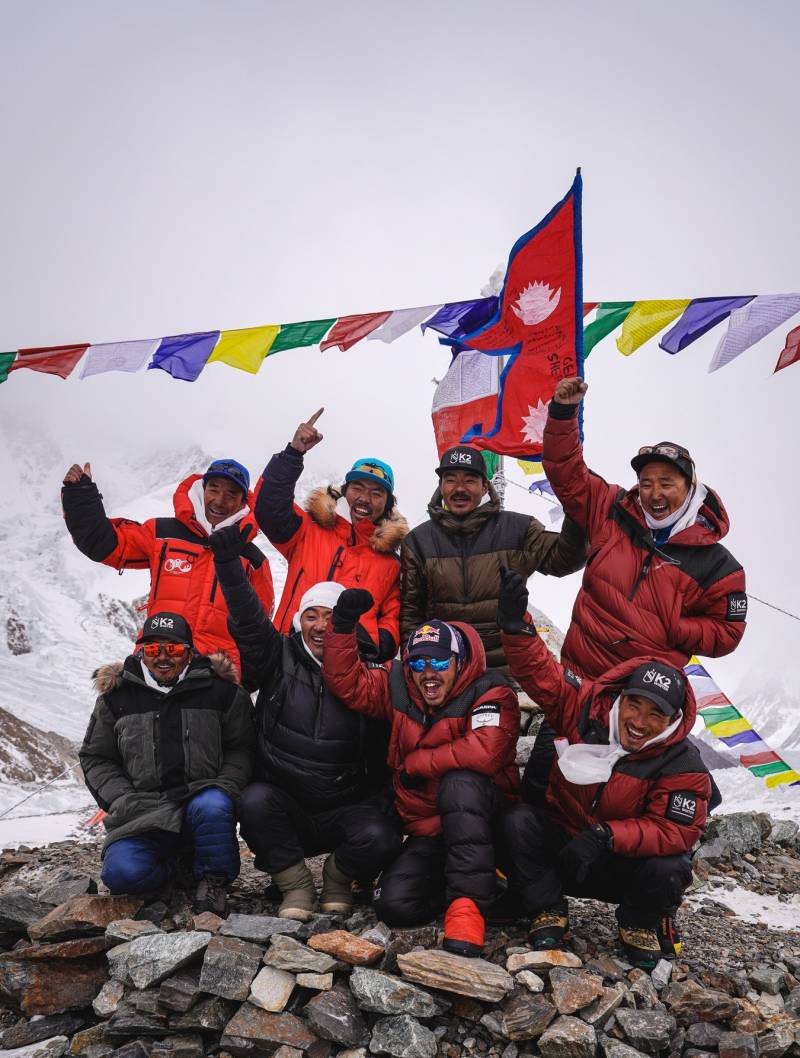 K2 is among the last of the fourteen, 8,000-meter peaks that were not climbed during the winter season.

The Nepalian team was led by Chhang Dawa Sherpa.

Over 60 mountaineers joined on Pakistan’s mighty K2, contesting to conquer one of the world’s last major climbing challenges. 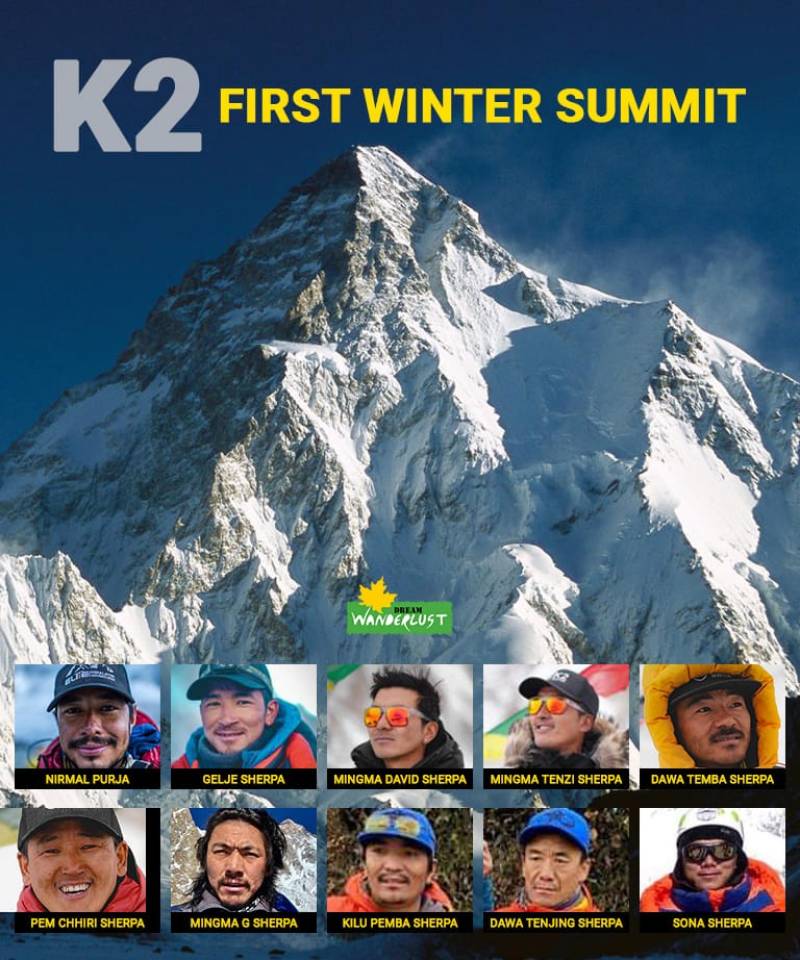 Climbing the summit in winter, four teams with dozens of climbers and sherpas between them had begun climbing the savage mountain.

In a pursuit toward a historic summit, four of the Nepali Sherpas broke the previous record during winters of climbing as high as 26,000 feet.

The Alpine Club of Pakistan (ACP) said the maximum height achieved by any mountaineers in winters was 25,320 feet.

According to the ACP officials, as per the mega plan, big well done to our team led by Mingma G with Mingma David Sherpa, Mingma Tenzi Sherpa and Sona Sherpa for successfully fixing lines up to Camp 4 at 7,800m, the highest altitude ever gained at K2 in winters.

The official also noted that a Nepali Sherpa was seriously injured while moving from the Japanese Camp to Camp 1 and was evacuated to Base Camp with the help of other.

International winter expedition team leader Chhang Dawa also hailed the climbers. Posting on photo-sharing application, he said, Nepalese Team planned to stop 10m below the summit, form a group ( all 10 climbers) and get the summit together!

It is to be noted that the 8,611 meter-high K2 is the only peak that has never been conquered in the winter, and has become one of the biggest challenges for experienced climbers.