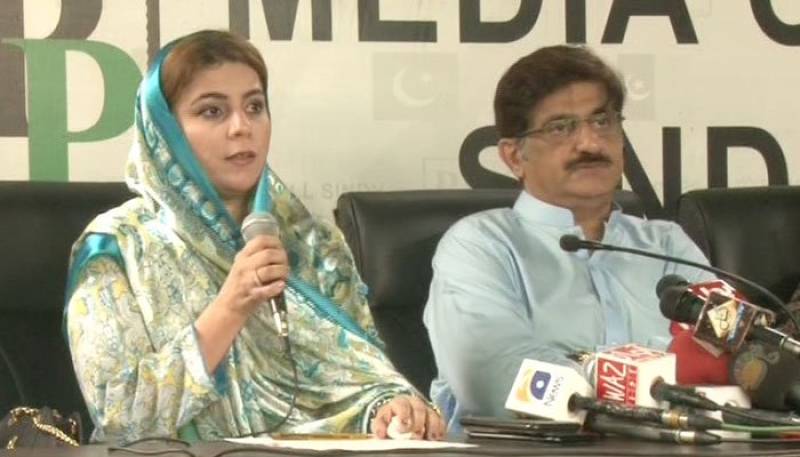 Naz, who performed her duties as central vice president PTI, appeared alongside chief minister Sindh Murad Ali Shah and Faryal Talpur and announced her decision that jolted the political observers who have been observing the reverse trend.

"PTI itself changed while raising the sloganeering for change," Naz alleged during the press conference and added: "I feel as if I have come home again."

The politician who vehemently advocated PTI on television screens said she does not want to smear the party where she spent seven years of her life.

“I am a representative of Sindh. I disagree with the PTI’s policies which focus only at Punjab and the centre’s politics,” she added.

Taking aim at the appointment of the same group of people at key party positions in the metropolis, she said it is no surprise that the party's support has reduced in the city.

About half an hour before the announcement, Naz took to twitter and uploaded an image saying: Then when you have taken a decision, put your trust in Allah.

Then when you have taken a decision, put your trust in Allah. pic.twitter.com/868T69Rtf9