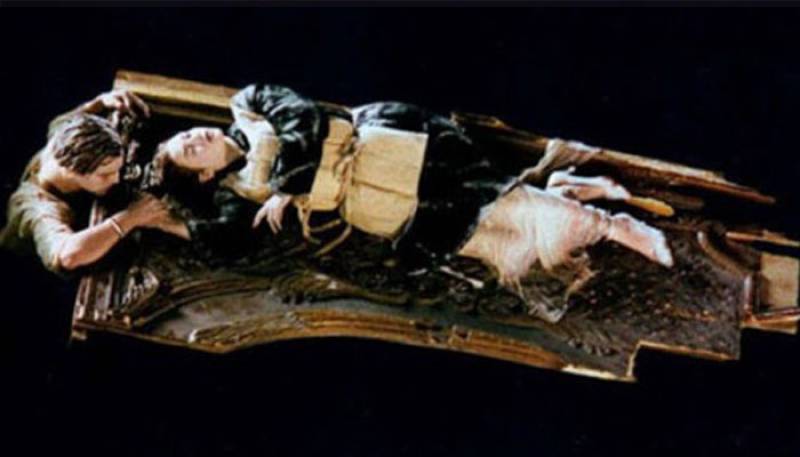 LOS ANGELES - Titanic has been one of the most watched Hollywood movies, but after many years, many fans still find themselves questioning the death of Leonardo DiCaprio’s character -- Jack.

After two decades, DiCaprio's fans are still wondering why Jack didn't fit on the floating door with Rose. And if this could have happened then Jack wouldn't have died in the freezing cold water, Leonardo DiCaprio has finally given his take on the controversy.

During an interview with MTV, the actor alongside Margot Robbie and Brad Pitt was asked the question to which he responded: "I have no comment."

Always asking the tough questions. I asked Leonardo DiCaprio if Jack could have fit on that door at the end of TITANIC. I had Brad Pitt and Margot Robbie there to help me out with the questioning too. #leonardodicaprio #bradpitt #margotrobbie #onceuponatimeinhollywood

Margot chimed in saying: “Oh my god, I thought about it. I remember bawling my eyes out!"

On the other hand, Brad had no idea about the 'loophole' that has existed for nearly 21 years since the film’s release in 1997 as he stated: “That is fun. Well, I’m going to go back and look now, certainly."