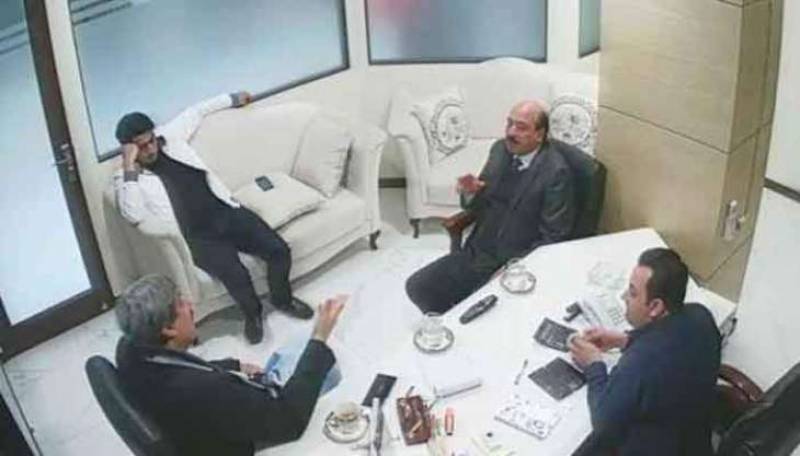 ISLAMABAD – One of the central characters of accountability court judge Arshad Malik’s video scandal, Mian Tariq has turned out to be an international blackmailer.

According to a report published in a local newspaper, Mian Tariq used to arrange parties for several important figures in Dubai and would make their indecent videos. He later uses these videos to blackmail them.

A large number of videos have been found from Mian Tariq, including the videos of 15 politicians and several government officers. Due to the support of influential persons, he even has videos of politicians from inside state guest house and official residences.

There was a time when he used to go to government offices of Punjab like he is the ultimate authority there.

The report by The News stated that some other people, who were apparently respected, were also involved with Mian Tariq in this blackmailing business.

The film and stage actresses besides models were called in the parties along with the politicians and officials who nobody thought could be involved in such stuff.

The report added that people used to heavily pay Mian Tariq to do their difficult work and he would do the job and blackmail them later.

ISLAMABAD – The Supreme Court conducted the first hearing into the case involving the video of former accountability ...

Judge Arshad Malik had apprised the Islamabad High Court (IHC) that how he was pressurized and blackmailed allegedly by the Pakistan Muslim League Nawaz's (PML-N) activists to get favourable verdicts for their leader Nawaz Sharif in corruption references.

He had alleged that he was visited by Mian Tariq (an old social acquaintance from when Mr Malik was serving in Multan as Additional District & Sessions Judge from 2000-2003), who showed him a secretly recorded manipulated immoral video in a compromising position saying that “it is you doing this when you were in Multan”.