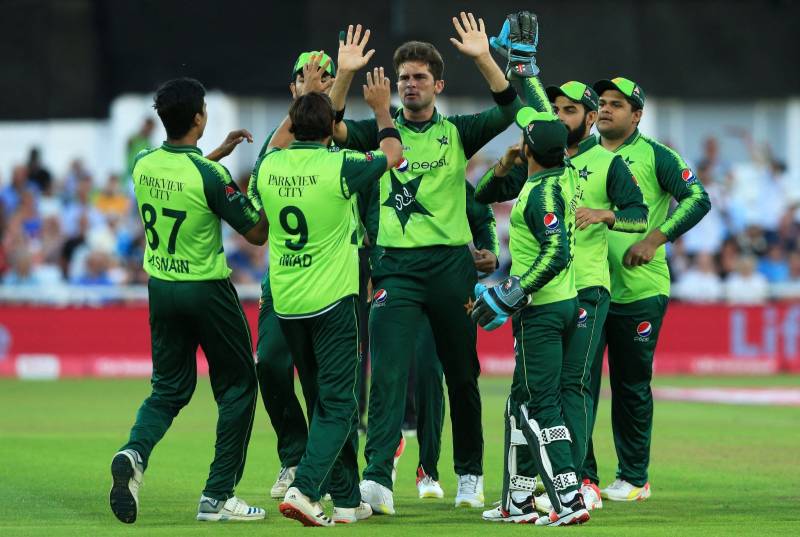 BIRMINGHAM – Pakistan outclassed England in the first Twenty-20 of three match series at Nottingham on Friday, winning by 31 runs.

Pakistan were 232-6 at the end of their innings. The hosts were all out for 201 in the last over.

The match started at 10:30 pm Pakistan Standard Time after England won the toss and chose to bowl first.

Eoin Morgan, who returns to captain England at Trent Bridge, views the series as the “last chance” to test out fringe players and combinations for the World Cup this year.

England’s white-ball captain was among those forced to isolate last week because of a Covid-19 outbreak and marvelled at the reserve team’s 3-0 win in the one-day internationals, with Saqib Mahmood, Matt Parkinson and Lewis Gregory reward by their subsequent retention here.

Ben Stokes has dropped out of the squad after leading the English side during the ODI series. The likes of Jason Roy, Jonny Bairstow, Mooen Ali, and Jos Buttler also make a comeback.

On the other hand, fast bowler Hassan Ali will miss the first T20 International against England due to a left leg injury. The medical panel will now review Hassan Ali before the second T20 match, after which a decision will be made on his participation in the match.

Pakistan, ranked fourth in the world to England’s first, welcome back the veteran batsman Mohammad Hafeez and also Imad Wasim, the spin-bowling all-rounder who lives local to Trent Bridge and was vital cog in Nottinghamshire’s T20 Blast success last year.

The T20I series will get underway at Trent Bridge on July 16 and conclude at Old Trafford on July 20.