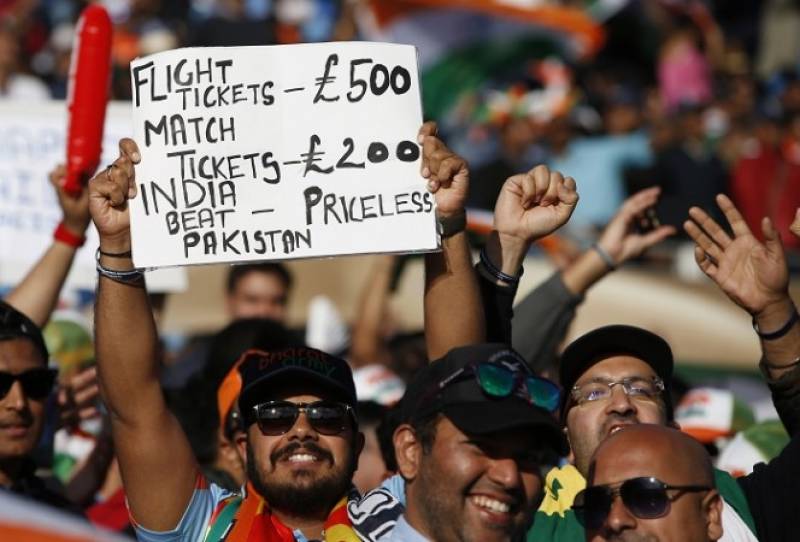 There was no twist in the tale. The Indian batsmen stood like concrete pillars against the Bangladeshi bowlers and the effect of the loss was so numbing that the supporters and the media of Bangladesh conceded to the fact that they were indeed beaten by an ultra-tough opponent, unlike the crying and blaming they do at other times.

It was a no match and Bangladesh continue to remain winless against India for over two years now. But the interesting fact lies elsewhere and it doesn't sound too good for India.

As per statistics, India have lost the very next game after winning against Bangladesh in a major multi-side tournament on as many as 10 occasions while the game was tied on one occasion. On Sunday, June 18, they will be taking on arch-rivals Pakistan in the final. Hovering clouds?

Eight out of 10 times in Asia Cup

Of these 10 instances, eight are from Asia Cup between 1988 and 2014. In these editions of the tournament which determines the champions in the continent, India decimated Bangladesh but went on to lose their next games to either Pakistan or Sri Lanka – in group stages or even in the finals. 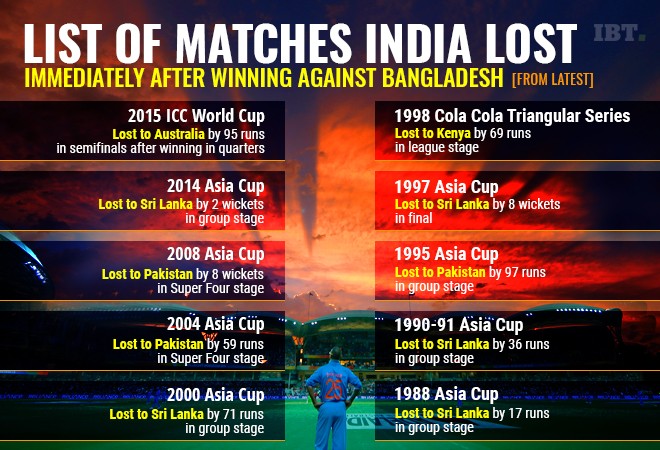 Once in ICC World Cup

In the 2015 ICC World Cup, India beat Bangladesh handsomely by 109 runs in the quarter-finals of the quadrennial tournament played in Australia but lost to the hosts and eventual champions in the semifinals.

Once, India tied in ICC World Cup after thrashing Bangladesh

The remaining instance when India lost a match soon after defeating Bangladesh was in the Coca Cola Triangular Series in 1998. They lost to Kenya by 69 runs in Gwalior soon after beating the Asian rivals by 5 wickets.

In the 2011 edition, too, India made a fantastic start by drubbing the Bangladeshis in their first game of the tournament played in the sub-continent but just about saved grace by tying the next game with England even after scoring 338.

To present the records more precisely, India have lost to Pakistan on three occasions after winning against Bangladesh – in the 1995, 2004 and 2008 Asia Cup editions. Virat Kohli's men will be keen to turn the records around at the Oval on Sunday, June 18.

There are also three occasions where India continued with their momentum after beating Bangladesh and won their next games as well but the numbers on the other side are bigger and that could make an Indian fan worried. The Bangladeshis, however, have relished such occasions in the past, sometimes even at the expense of tainting their own images.