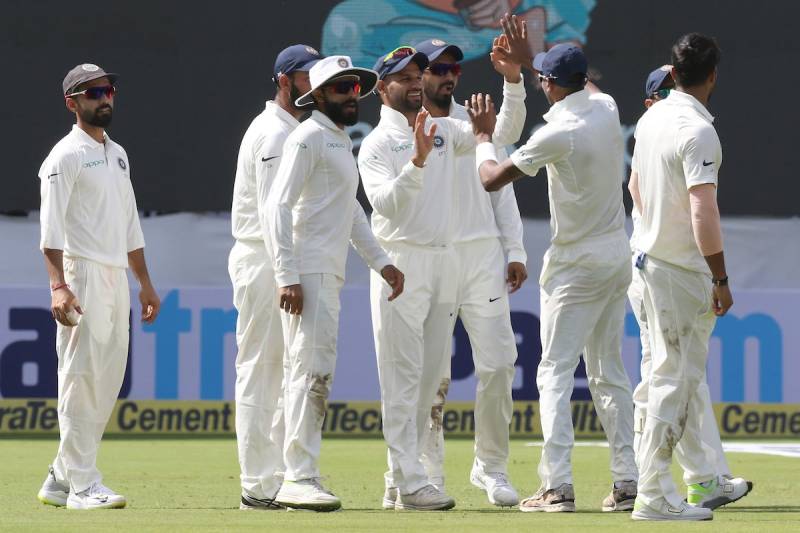 BANGALORE - Afghanistan's fairytale entry into Test cricket ended in a bruising defeat inside two days by world number one team India on Friday.

India bowled out Afghanistan twice in a day as they completed a crushing innings and 262 runs win over the outclassed debutants.

Cricket has become the national sport of the country torn apart by decades of war but the first five-day game turned into a Test of fire for the Afghans. Ravindra Jadeja took four wickets as India skittled out Afghanistan for 103 in the final session while following on at Bangalore's M Chinnaswamy Stadium.

The second innings lasted just 38.4 overs with Hashmatullah Shahidi top-scoring with an unbeaten 36.

Earlier the Afghans fell for 109 in 27.5 overs in their first innings, seeking to counter a formidable Indian score of 474. It was the 21st time that a Test had finished inside two days and just the fourth that a team was bowled out twice in a day.

Afghanistan also batted the fewest overs for a team in their Test debut. "We were surprised by how quickly things ended because we were a good team," said Afghan skipper Ashgar Stanikzai.