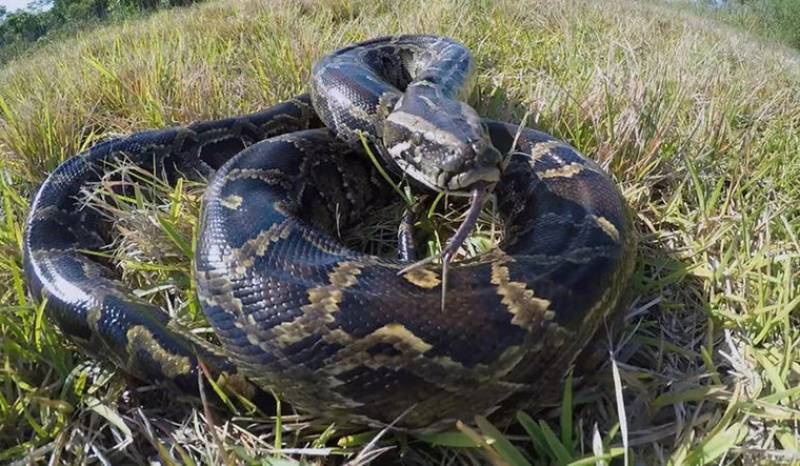 JAKARTA – A woman has died after being swallowed whole by a 23-foot-long (7-meter-long) python in central Indonesia.

The victim, 54-year-old Wa Tiba, went missing while checking her vegetable garden near her village on Muna island in Southeast Sulawesi province on Thursday evening, the Japan Times reported.

On Friday, her family went to look for her at the garden but found only her belongings, including sandals and a flashlight.

Some 100 residents, including worried relatives, launched a search for the woman on Saturday, and found the snake with a bloated belly about 50 meters (yards) from where her belongings were found.

The villagers killed the snake and when they cut open its belly, they found the woman's body still intact with all her clothes.

Giant pythons, which regularly top 6 meters, are commonly found in Indonesia and the Philippines.

While the serpents have been known to attack small animals, attempts to eat people are rare.

In March last year, a farmer was killed by a python in the village of Salubiro on Sulawesi island.