Trump slams NYT report on US cyber attacks against Russia 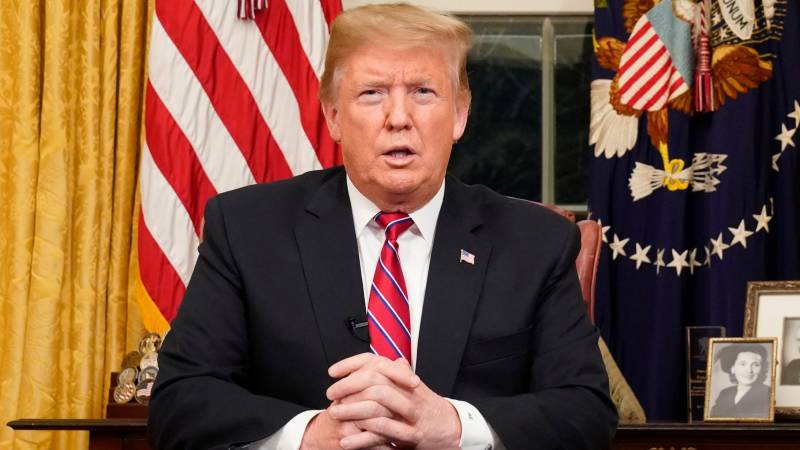 NEW YORK - US President Donald Trump has accused The New York Times, a leading American newspaper, of a “virtual act of treason” for publishing a story about US digital incursions into Russia’s electrical power grid in response to alleged Russian meddling in American elections.

He also tweeted that the story was not true, and called the media “corrupt,” saying, “They will do, or say, whatever it takes, with not even the slightest thought of consequence.”

Current and former US officials, according to the Times, spoke about the deployment of American computer code into Russia’s electrical power grid and other targets both as a warning to Moscow and as a readied strike in case of a Russian cyberattack.

The Times responded to Trump’s attack by saying that “accusing the press of treason is dangerous.”

It cited his administration’s own officials as saying they had “no national security concerns” about the story, which was “perhaps an indication that some of the intrusions were intended to be noticed by the Russians.”

The report came after US National Security Aadviser John Bolton had said that the United States was trying “to say to Russia, or anybody else that’s engaged in cyber operations against us, ‘You will pay a price.’”

Russia has been accused of meddling in US elections, a claim dismissed by Moscow. After Donald Trump was elected president in 2016, special counsel Robert Mueller began investigating trump ties with Russia.

In his last statement, the special counsel neither cleared the president nor charged him, throwing the ball into the Congress’ court.

Mueller argued that the decision not to charge Trump was made based on the Justice Department’s longstanding policy of not bringing charges against a sitting president.

President Trump also called the media “corrupt,” saying, “They will do, or say, whatever it takes, with not even the slightest thought of consequence.”

Times publisher A.G. Sulzberger cautioned last year that Trump’s incessant attacks on the press were “increasingly dangerous.” Sulzberger added that the president’s “inflammatory language is contributing to a rise in threats against journalists and will lead to violence.”