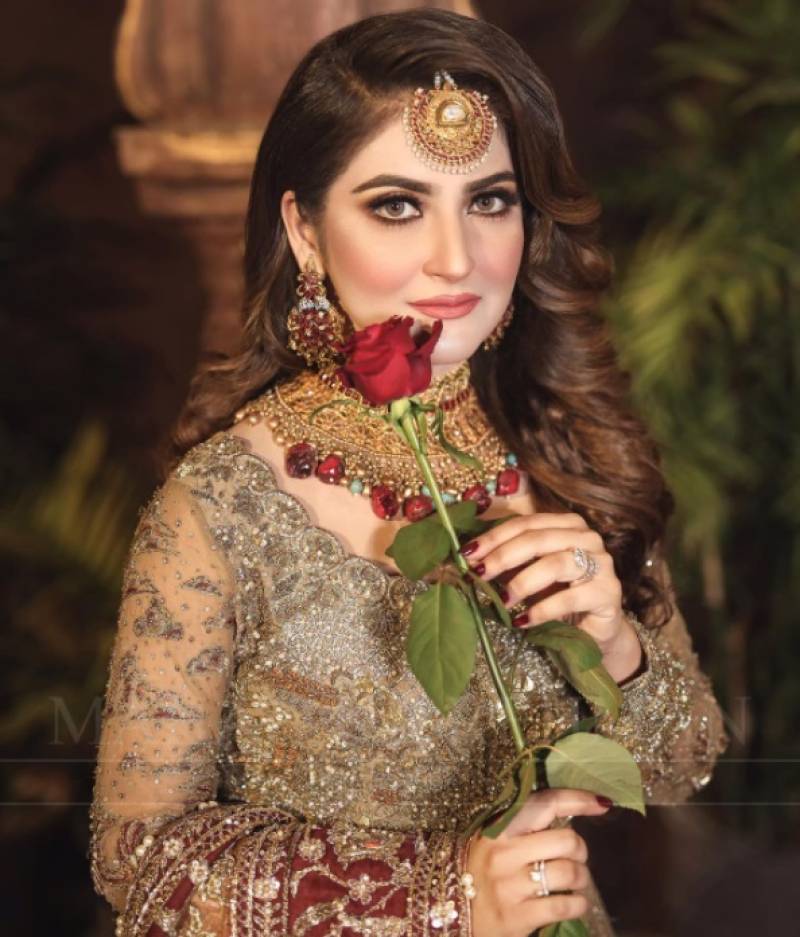 Pakistani actress Hiba Bukhari rose to the pinnacle of fame within a very short span of time. With her impeccable acting skills and beautiful looks, Bukhari has wooed the audience in drama serials Tarap, Deewangi and Fitoor.

In a tell it all interview, the 27-year-old got candid about her life and career alongside her general outlook on today's industry. Often labelled as old school actress, Hiba takes the analysis as a compliment.

The Fitoor star went on to highlight that television dramas are delivering good and substandard content.

Bukhari said she was a fan of former cricketers Shoaib Akhtar and Shahid Afridi. Avoiding a direct comment about film star Meera, Bukhari said she had no idea if the film actress trumped up the scandals of her own accord.

At the end of the show, Hiba enthralled the audience with her melodious voice as she sang a beautiful song.