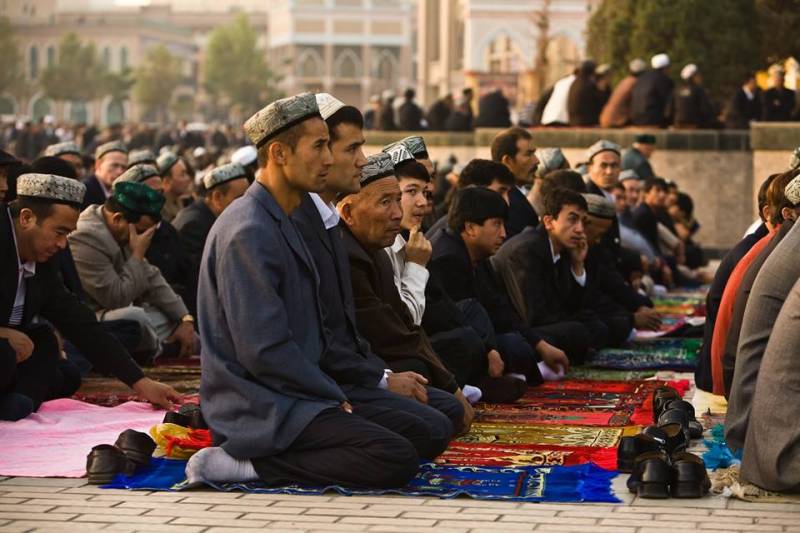 Xinjiang - Here's a Chinese province that often makes headlines perhaps for all the wrong reasons. From innuendo-laden articles against China-Pakistan Economic Corridor (CPEC) to allegations of China's 'infidelity' against Pakistan for oppressing Muslim population in the province, it's been much said and reported with exaggeration and spurious reports landing in from some newsdesks.

Mustansar Hussain Tarar, a veteran writer and travel enthusiast who travelled to the region after Chinese authorities invited him to China.

While exploding the myths regarding the prohibition of growing beards, wearing burqa and keeping fasts in the holy month of Ramzan, Mustansar does admit the fact that the region is undergoing certain political upheavals.

As an eye-witness, he said there are heavy contingents of the Chinese army in the province that does surveillance amid anti-regime sentiments and a secessionist Muslim movement.

However, he rebuts rumours that Muslims in the province are deprived of their religious rights and freedom. "I even visited the smaller suburbs of the province and offered prayers in the mosques without any obstacle," Mustansar wrote in his article.

He said: "I offered my prayers in Kashgar's famous Eidgah with thousands of other native Muslims. Interestingly, my Chinese non-Muslim hosts were bluntly disallowed from entering the mosque while I was welcomed wholeheartedly."

He recalls that almost all women were burqa-clad and faced no harassment from anyone for their choice. However, the most interesting fact, Mustansar reveals, is that Chinese people not only choose to not interfere in the religious matters of Muslims but are also afraid of doing so.

He says that Muslims have culturally integrated into the Chinese society and enjoy complete freedom and pluralist and tolerant atmosphere.