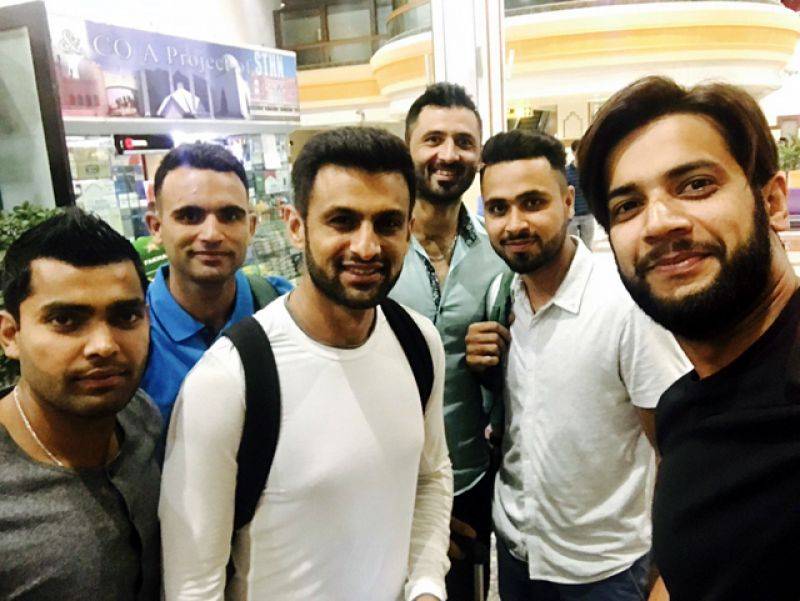 LAHORE - Seven members of the Pakistan squad for upcoming ICC Champions Trophy 2017 on Tuesday left for London to participate in the tournament, reported Geo news.

On June 4, Pakistan will play first match of the tournament against arch-rivals India at Edgbaston, while the team will play against South Africa on June 7 and Sri Lanka on June 12.