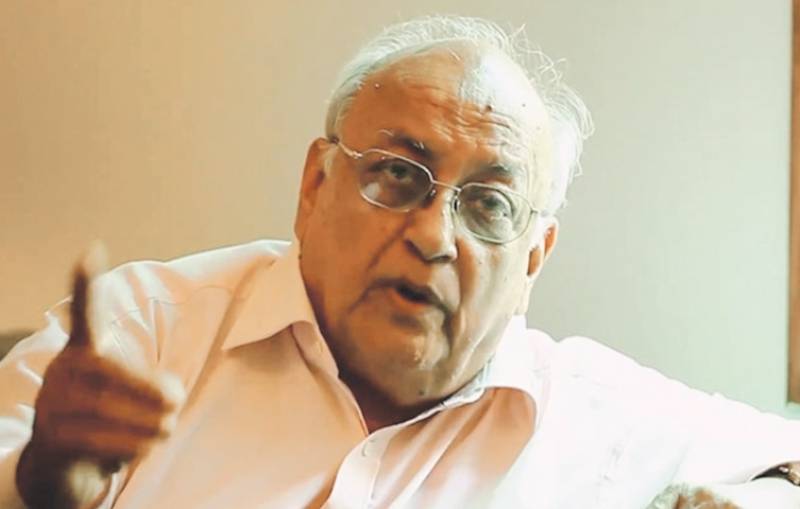 The recent meeting between Prime Minister Nawaz Sharif and Indian business tycoon Sajjan Jindal at the hill resort town of Murree last month had fueled intense speculations and heated debate in the country.

“Mr Jindal visited Pakistan on Nawaz Sharif’s invitation as he wasn’t sent by PM Modi’s advice,” he said at a Geo News show.

Criticising the Indian government’s policy on Kashmir, he said dialogue was the only way out to resolve the decades-old conflict.

“The Modi government is fast losing out all options. The situation [in Kashmir] is so grim that I don’t see any option of dialogue is left. I think that India doesn’t want to move towards dialogue.”

Earlier, a BBC report said that the meeting was part of a back-channel diplomacy. It said that PM Sharif had taken COAS Gen Qamar Javed Bajwa into confidence on his recent meeting with Jindal.

The report said that the civil leadership had informed the military authorities that the PM’s meeting with an Indian business tycoon, who is close to Prime Minister Narendra Modi, was a part of backchannel diplomacy. It was further informed that the businessman had the backing of some important Indian officials for his meeting with the prime minister to defuse ongoing tension between the two neighbouring countries.

The military leadership also took its officials into confidence on the meeting. The COAS told his officers that the meeting was a part of backchannel diplomacy.