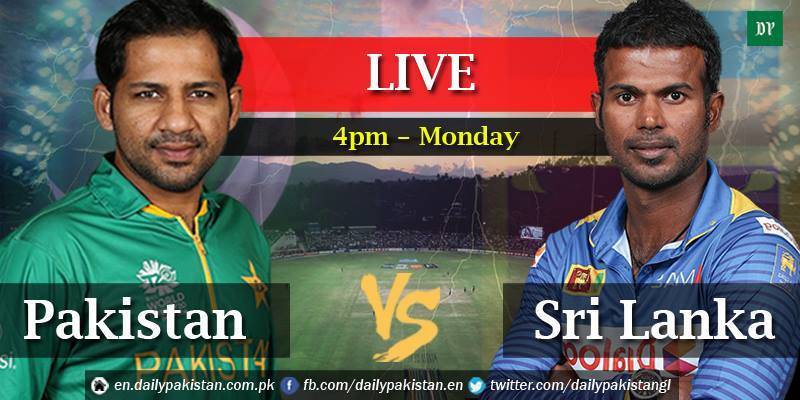 ABU DHABI - Spinner Shadab Khan gave spectacular performances with the bat and ball on Monday, helping Pakistan to victory in the second day-night international against Sri Lanka in Abu Dhabi.

The young cricketer first came to the rescue of a shaky Pakistani batting side, scoring an unbeatable 52 off 68 deliveries and playing a support role in an invaluable 109-run seventh-wicket stand with centurion Babar Azam, after Pakistan were left struggling at 101 for 6 on a sluggish Sheikh Zayed Stadium pitch.

Pakistan, who had won the toss and chose to bat first, found the going tough as they lost half the side at the end of 20 overs for just 79, but Azam and Shadab led the fightback as Pakistan posted a 220-run target for the Sri Lanka.

23-year-old Azam knocked a fighting 133-ball 101 to score his second successive century in the series.

Later, Shadab spun his magic with the ball, picking up 3 wickets for 47 runs as Pakistan dismantled the Lankan side for 186.

Pakistan now lead the series 2-0. The remaining matches will be played in Abu Dhabi (October 18) and Sharjah (October 20 and 23).

How do I live stream?

The remaining matches will be played in Abu Dhabi (October 18) and Sharjah (October 20 and 23).

The two teams will also play three T20 internationals, two in Abu Dhabi (October 26 and 27) while the last is scheduled for Lahore on October 29.