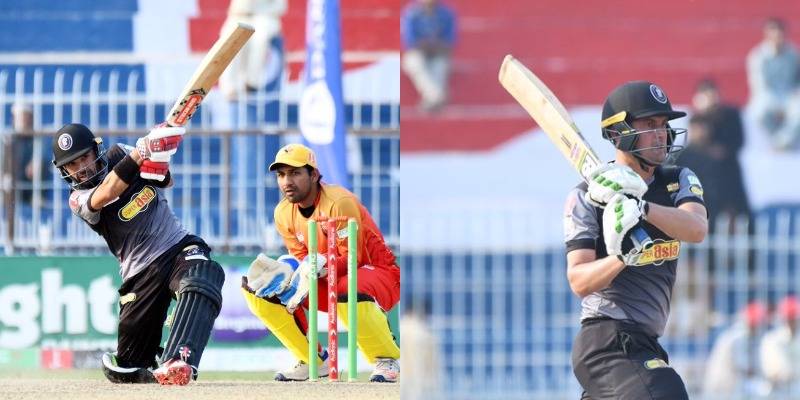 In the first match on Wednesday, Sindh were put into bat by Khyber Pakhtunkhwa, the home side scored 169 for six in their 20 overs. Middle-order batsmen Muhammad Waqas (36) and Ramiz Aziz (34) were the main contributors. Danish Aziz scored an unbeaten 26 off 15 balls with the help of three fours and one six. Sajid Khan took two wickets for 28 runs.

Gohar Ali’s 28-ball 49 and Nabi Gul’s 44 took Khyber Pakhtunkhwa past the target in 17.2 overs. Gohar hit two sixes and six fours in his innings while Nabi continued his impressive form in the tournament with a 28-ball effort that included four fours and one six. Left-arm pacer Ghulam Muddasar took three wickets for 31 runs for Sindh.

Central Punjab opted to bat first and posted 198 for six. Their total was built on a 97-run stand between Nauman Anwar (62 off 36 balls, six fours and four sixes) and Muhammad Saad (66 off 46 balls, four fours and three sixes).

In reply, Balochistan were restricted to 141 for eight. Ibtisam Sheikh top-scored with an unbeaten 46 off 25 balls, Jalat Khan scored 29 runs. Central Punjab bowlers maintained a stranglehold on Balochistan batting and never allowed them to get close to the asking rate after the first six batsmen were sent back with only 67 runs on the board. Raza Ali Dar who took seven wickets in the previous game once again starred with the ball taking three wickets for 23 runs.